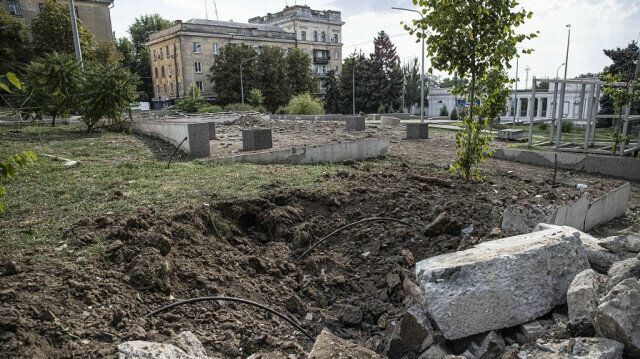 Russian forces shelled the town of Marhanets and the Myrivske territory in Dnipropetrovsk Oblast in the morning, Marganets Secretary Anatoli Derkac told Anadolu Agency, adding that the attacks were carried out in civilian areas. .

"As a result of missile and artillery attacks, more than 10 people lost their lives and over 11 people were injured," Derkac said, underlining that 10 of those injured were hospitalized, including seven in critical condition.

The attack also caused damage to a school, residences, an art house, and some city infrastructure.

Marganets has also been attacked before, according to Derkac, and it was one of the first cities bombed when Russian forces launched their offensive in Ukraine on Feb. 24.

According to UN estimates, at least 5,401 civilians have been killed and 7,466 have been injured since Moscow sent troops to Ukraine on Feb. 24. The true toll is believed to be much higher.