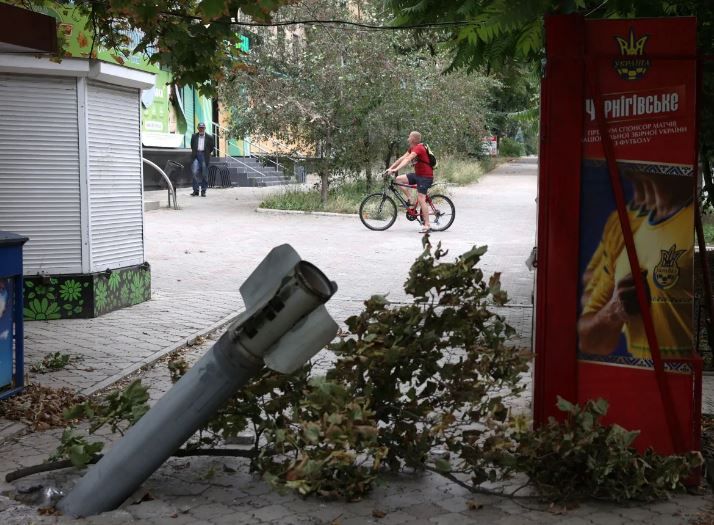 Russia's military pounded residential areas across Ukraine overnight as Ukrainian forces pressed a counteroffensive to try to take back an occupied southern region, striking the last working bridge over a river in the Russian-occupied Kherson region, Ukrainian authorities said Saturday.
A Russian rocket attack on Kramatorsk killed three people and wounded 13 on Friday night, according to the mayor. The city is the headquarters for Ukrainian forces in the war-torn east.
The attack came less than a day after 11 other rockets were fired at the city, one of the two main Ukrainian-held ones in Donetsk province, the focus of a Russian offensive to capture Eastern Ukraine's Donbas region.
The Russian Defence Ministry claimed Saturday its forces had taken control of Pisky, a village on the outskirts of the city of Donetsk, the provincial capital that pro-Moscow separatists have claimed since 2014.
But Ukraine's military command later said in a Facebook post that "fierce fighting continues" in the area.
Ukraine says advance on 2 small cities prevented
Russian troops and the Kremlin-backed rebels are seeking to seize Ukrainian-held areas north and west of the city of Donetsk to expand the separatists' self-proclaimed republic.
But the Ukrainian military said Saturday its forces had prevented an overnight advance toward the smaller cities of Avdiivka and Bakhmut.
Russian Defence Ministry spokesperson Igor Konashenkov also claimed that Russian strikes near Kramatorsk, 120 kilometres north of Donetsk city, destroyed a U.S.-supplied multiple rocket launcher and ammunition. Ukrainian authorities didn't acknowledge any military losses, but said Russian missile strikes Friday on Kramatorsk had destroyed 20 residential buildings.
Neither claim could be independently verified.
The Ukrainian governor of neighbouring Luhansk province, which is part of the fight over the Donbas region and was overrun by Russian forces last month, claimed Ukrainian troops still held a small area.
Writing on Telegram, Luhansk Gov. Serhii Haidai said the defending troops remained holed up inside an oil refinery on the edge of Lysychansk, a city Moscow claimed to have captured, and also control areas near a village. 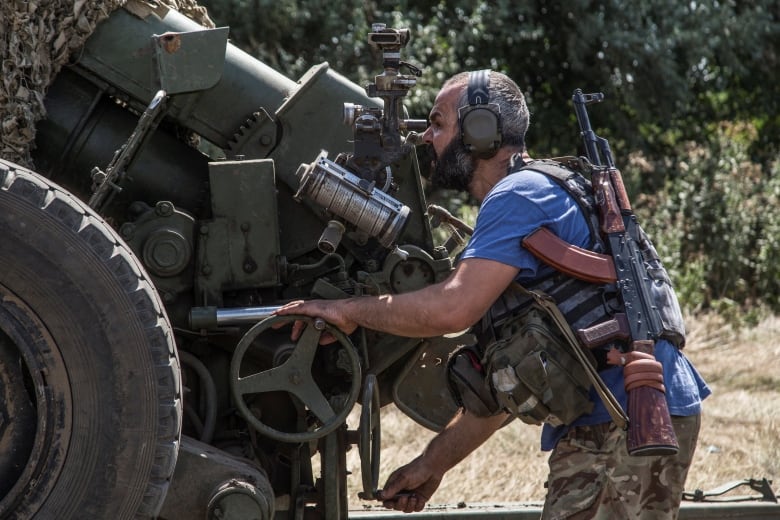 "The enemy is burning the ground at the entrances to the Luhansk region because it cannot overcome (Ukrainian resistance along) these few kilometres," Haidai said. "It is difficult to count how many thousands of shells this territory of the free Luhansk region has withstood over the past month and a half."
Shelling reported in Nikopol
Further west, Dnipropetrovsk region's governor reported more Russian shelling of Nikopol, a city across the Dnieper River from Europe's largest nuclear power plant.
Yevhen Yevtushenko did not specify whether Russian troops had fired at Nikopol from the occupied Zaporizhzhia nuclear power plant. On Telegram, he wrote Saturday there were no casualties, but residential buildings, a power line and a gas pipeline were damaged. 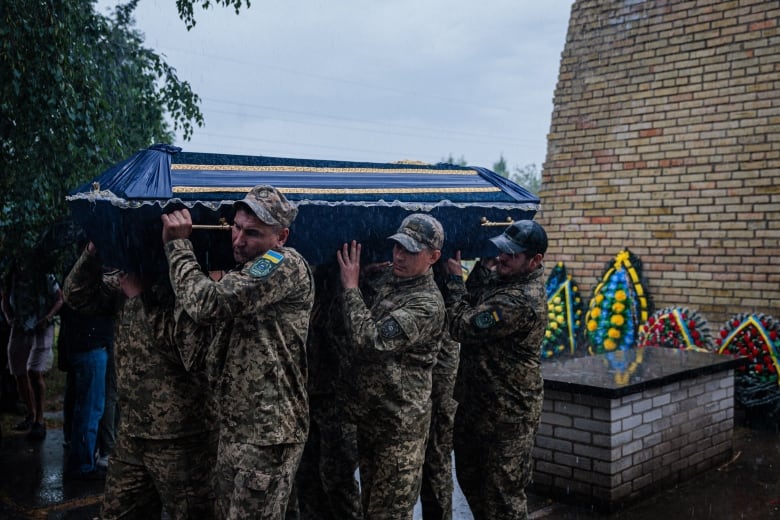 Nikopol has undergone daily bombardment much of the past week, and a volley of shells killed three people and damaged 40 apartment buildings on Thursday, Yevtushenko said.
Russian and Ukrainian officials have for days accused each other of shelling the Zaporizhzhia plant in contravention of nuclear safety rules. Russian troops have occupied the plant since the early days of Moscow's invasion, although the facility's pre-war Ukrainian nuclear workers continue to run it.
Ukrainian military intelligence alleged Saturday that Russian troops were shelling the plant from a village just kilometres away, damaging a plant pumping station and a fire station. The intelligence directorate said the Russians had bused people into the power plant and mounted a Ukrainian flag on a self-propelled gun on the outskirts of Enerhodar, the city where the plant is located.
"Obviously, it will be used for yet another provocation to accuse the armed forces of Ukraine," the directorate said, without elaborating.
Ukrainian officials have repeatedly alleged Russian forces were cynically using the plant as a shield while firing at communities across the river, knowing that Ukrainian forces were unlikely to fire back for fear of triggering a nuclear accident.
They said Russian shelling on Friday night killed one woman and injured two other civilians in the city of Zaporizhzhia, which is a straight distance of about 53 kilometres from the plant. Ukraine's southern Mykolayiv region also said a woman died there in shelling.
For several weeks, Ukraine's military has reportedly tried to lay the groundwork for a counter-offensive to reclaim southern Ukraine's Russian-occupied Kherson region.
A local Ukrainian official reported Saturday that a Ukrainian strike had damaged the last working bridge over the Dnieper River in the region and further crippled Russian supply lines.
"The Russians no longer have any capability to fully turn over their equipment," Serhii Khlan, a deputy to the Kherson Regional Council, wrote on Facebook. His claims could not be immediately verified.
The British Defence Ministry said Saturday that damage to bridges across the Dnieper means "ground resupply for the several thousand Russian troops on the west bank is almost certainly reliant on just two pontoon ferry crossing points."
"Even if Russia manages to make significant repairs to the [damaged] bridges, they will remain a key vulnerability," the ministry said.