Iraqi Ezidis unable to return to their homes due to PKK, Hashd al-Shaabi - ednews.net

Iraqi Ezidis unable to return to their homes due to PKK, Hashd al-Shaabi 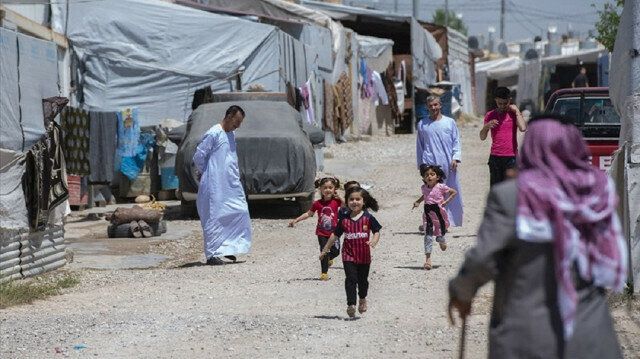 Iraqi Ezidis are unable to return to their homes due to the presence in the region of the PKK terrorist organization and the Iran-backed Hashd al-Shaabi militia, Ednews reports citing Yeni Safak.

The community had to leave the Sinjar district of Iraq's Mosul in 2014 due to Daesh/ISIS attacks.

They say even though the Daesh terrorists were rooted out from the region, other elements continue hindering their return.

"As long as PKK and Hashd al-Shaabi are in Sinjar, there will be no peace and security. Likewise, Ezidis will not return. Ezidi refugees will be able to return to their homes when the PKK and Hashd al-Shabi leave Sinjar,” Mir Hazim Tahsin Beg, a community leader, told Anadolu Agency.

Beg said they demanded the implementation of the agreement signed by the Baghdad and Erbil administrations in 2020, which includes eliminating the terrorist organization PKK from Sinjar.

"We are worried about the implementation of the Sinjar Agreement. We want the Ezidis to return to their homes and to get compensated for their aggrievement,” he underlined.

Lashing out against the Iraqi government, he said they were a "silent" spectator to the community's plight.

In an Aug. 3, 2014 attack on the Sinjar district, where Ezidis live, Daesh kidnapped and killed thousands of people, including women and children, or detained them in areas they controlled.

Some 300,000 people lived in Sinjar before the attacks, two-thirds of them Ezidis and the rest Sunni Kurds and Arabs.

The PKK terrorist organization managed to establish a foothold in Sinjar in 2014 under the pretext of protecting the Ezidi community from Daesh/ISIS terrorists.

Hundreds of thousands of Ezidis, who had to flee their homes after the Daesh attack, have been living in the camps in northern Iraq’s Kurdish Regional Government (KRG) under harsh conditions.

Sinjar has a strategic position as it is some 120 kilometers (74 miles) from Mosul and close to the Turkish-Syrian border.