Ukraine separatist referendums draw to a close as fighting rages

Moscow hopes to annex Luhansk and Donetsk in the east and Kherson and Zaporizhzhia in the south, which make up about 15 percent of Ukraine. 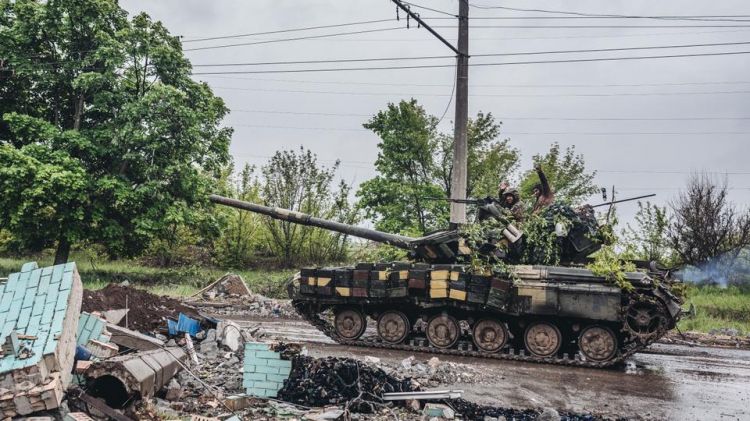 Russian President Vladimir Putin is likely to announce the accession of occupied regions of Ukraine to the Russian Federation during his address to parliament on September 30, the British Ministry of Defence has said.
Tuesday's statement came as four Ukrainian regions held by Moscow's forces voted on the final day of five-day referendums that have ratcheted up the stakes in the seven-month conflict.
"Russia's leaders almost certainly hope that any accession announcement will be seen as a vindication of the special military operation and will consolidate patriotic support for the conflict," the British ministry said.
Voting on whether to join Russia began in Luhansk and Donetsk in the east and Kherson and Zaporizhzhia in the south on Friday, with Russian parliament possibly approving the annexation within days after the votes close on Tuesday.
Kiev and many countries have dismissed the referendums in the occupied regions, which make up about 15 percent of Ukraine, as a sham and pledged not to recognise the results.
For his part, Putin has issued a veiled threat to use nuclear weapons to protect Russian soil, which would include the four provinces if annexed.
None of the provinces set for annexation are fully under Moscow's control and fighting has been under way along the entire front line, with Ukrainian forces reporting more advances since they routed Russian troops in a fifth province, Kharkiv, earlier this month.
'Ukrainians aiding annexation to face treason charges'
Ukraine's presidential adviser said Ukrainians who help the referendums carried out by Kremlin-appointed officials in the occupied regions will face treason charges and at least five years in jail.
"We have lists of names of people who have been involved in some way," presidential adviser Mikhailo Podolyak said in an interview with Swiss newspaper Blick, according to Reuters new agency.
"We are talking about hundreds of collaborators. They will be prosecuted for treason. They face prison sentences of at least five years."
Podolyak said Ukrainians who were forced to vote would not be punished. Ukrainians officials have reported ballot boxes being taken door to door and residents being coerced into voting in front of Russian-backed security.
Fighting continues
Ukrainian and Russian forces were locked in heavy fighting in different parts of Ukraine on Tuesday.
Ukrainian President Volodymyr Zelenskyy said the Donetsk region in the east remained the top strategic priority of his country as well as of Russia, with fighting engulfing several towns as Russian troops try to advance to the south and west.
There were also clashes in Kharkiv region in the northeast — focus of a Ukrainian counter-offensive this month. And Ukrainian forces pressed on with a campaign to put out of action four bridges and other river crossings to disrupt supply lines to Russian forces in the south.
The Ukrainian Armed Forces southern command said its counter-offensive in Kherson resulted in enemy losses of 77 servicemen, six tanks, five howitzers, three anti-aircraft installations and 14 armoured vehicles.