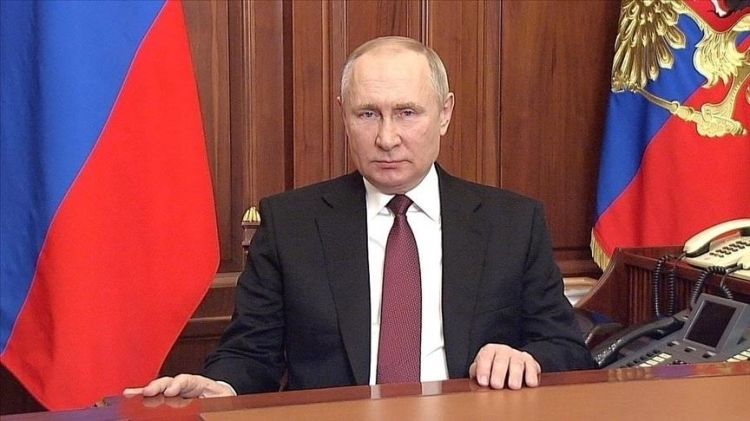 Russian President Vladimir Putin on Sunday submitted to parliament a draft constitutional law on the admission of Ukraine’s Donetsk, Luhansk, Kherson, and Zaporizhzhia regions to the Russian Federation, state media reported.
The Russian state media also reported that parliamentary elections in the four annexed regions will be held on a single voting day in September 2023.
The ruble has been declared the monetary unit in the regions, however, the Ukrainian hryvnia will be allowed to be used until Dec. 31, the report also said.
Moreover, Russia's Constitutional Court approved a package of documents on the admission of the self-proclaimed Donetsk People's Republic (DPR) and Luhansk People's Republic (LPR) as well as the Kherson and Zaporizhzhia regions to Russia.
Russian President Vladimir Putin on Friday announced the annexation of four Ukrainian regions.
On Sept. 23-27, the Ukrainian separatist regions of Donetsk and Luhansk and Russian-controlled parts of Zaporizhzhia and Kherson held referendums on joining Russia.
The referendums have been condemned by the international community, with European nations and the US calling them a "sham" and saying that they will not be recognized.