Music of the part - Could all 4 Oscars go to actors playing musicians? | Eurasia Diary - ednews.net

Music of the part - Could all 4 Oscars go to actors playing musicians? 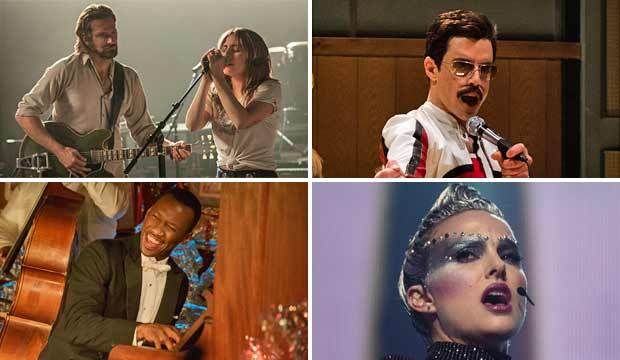 it’s not uncommon to win an Oscar for playing a musical performer, real or fictional. From James Cagney in “Yankee Doodle Dandy” (1942), to Sissy Spacek in “Coal Miner’s Daughter” (1980), to Jennifer Hudson in “Dreamgirls” (2006), just to name a few, it often pays dividends to star in a musical showbiz story. But this is a unique year where every Oscar could go to an actor playing a musician.

First there’s “A Star is Born.” Real-life recording artist Lady Gaga stars as a fictional up-and-coming recording artist in the musical remake. Her co-star Bradley Cooper — who also directed, produced and co-wrote the film — plays a veteran country singer whose career is on the skids. According to the latest forecasts of thousands of Gold Derby users, they’re the front-runners to win Best Actress and Best Actor, respectively.

But even if Cooper loses Best Actor, that prize could still go to a musician role. Rami Malek is also a contender for playing Queen frontman Freddie Mercury in “Bohemian Rhapsody.” He currently ranks fourth in that category with 7/1 odds, and he has been garnering raves despite the mixed reviewsfor the film as a whole. The same was true of Marion Cotillard, who won Best Actress as singer Edith Piaf in “La Vie en Rose” (2007) even though the film didn’t have a lot of support elsewhere.

In the Best Supporting Actor race, Mahershala Ali recently took the lead in our racetrack odds for “Green Book,” in which he plays a classical pianist navigating the Jim Crow South with the help of his white driver (Viggo Mortensen). Ali just won the same category two years ago for “Moonlight,” but sometimes Oscars voters give multiple awards to actors in their honeymoon periods. In the last two decades Hilary Swank (“Boys Don’t Cry” and “Million Dollar Baby”), Sean Penn (“Mystic River” and “Milk”), Daniel Day-Lewis (“There Will Be Blood” and “Lincoln”) and Christoph Waltz (“Inglourious Basterds and “Django Unchained”) all won multiple prizes within five-year spans.

That’s three categories where actors could win for playing musicians. But what about Best Supporting Actress, where there are no musical roles currently in our top five. Well, there could be a late surge for Natalie Portman, who plays a troubled pop star in “Vox Lux.” That film only recently released its trailer, so as more critics and audiences see the film we could see her rise into the lineup as well. Portman previously won Best Actress for playing another kind a tortured artist in “Black Swan” (2010), so we know she has it in her.

Be sure to check out how our experts rank this year’s Oscar contenders. Then take a look at the most up-to-date combined odds before you make your own Oscar predictions. Don’t be afraid to jump in now since you can keep changing your predictions until just before nominations are announced on January 22.