The biggest questions we have about - Avengers Endgame after watching the trailer - VIDEO | Eurasia Diary - ednews.net 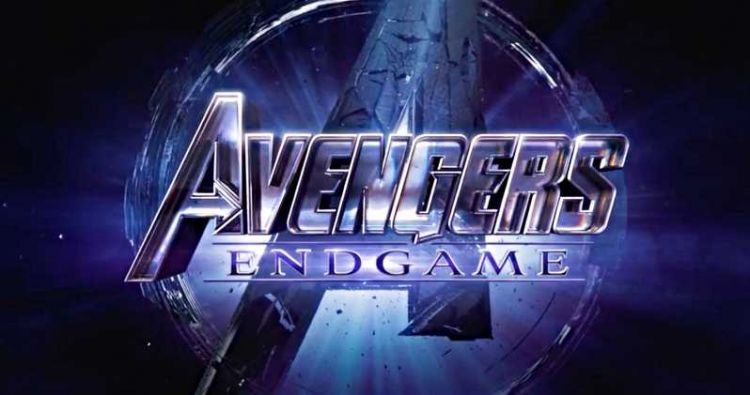 The most-anticipated movie trailer of the year is finally here. The next Avengers movie will be called Avengers: Endgame and will see the heroes left after Thanos’ culling reckoning with the fact that half the universe has disappeared.

But the new trailer—which we already broke down second-by-second—begs more questions than it offers answers. We see Tony Stark adrift in space, possibly with Nebula. Captain America, Thor, Hulk and Black Widow have decamped to the Avengers compound to try to take stock of the situation and determine their next move. Clint Barton has survived, though it seems that he’s now going by Ronin instead of Hawkeye. And Ant-Man (Paul Rudd) shows up, having escaped the Quantum Realm, offering his services.

How, exactly, the Avengers plan to beat Thanos remains a mystery, though most fans believe that it will have something to do with time travel. Here are all our lingering questions.

Will Iron Man get back to earth?

Perhaps he’s able to get that message to Pepper. Fans have speculated that Pepper will save her fiancée in the Rescue Armor from the comic books. Pepper has already played superhero in Iron Man 3, but leaked photos from the Endgame set suggest she may suit up in this movie as well.

Crucially, Iron Man and Cap (Chris Evans) still have not spoken since the events of Captain America: Civil War. Presumably the writers will want to provide some sort of closure for that relationship.

We get a glimpse of what may be Thanos’ (Josh Brolin) armor on display either in Wakanda or on Thanos’ home planet of Titan, and of what looks to be Thanos’ hand (free of Infinity Gauntlet). But we never see his face or hear what has happened to him since he snapped his fingers. Presumably he’s still alone on Titan, watching the sun rise over and over again, but the Avengers will have to confront him at some point.

What’s going on in Wakanda?

T’Challa (a.k.a. Black Panther, played by Chadwick Boseman) has disappeared. We find out in the trailer that his sister Shuri (Letitia Wright) is one of the missing too. (Her photo is shown alongside Peter Parker and Scott Lang, a the time presumed dead, in the Avengers bunker.) We don’t see Okoye, M’Baku or any of the Wakandans who may have survived. How did they respond? Who is ruling now? Will they try to help the Avengers?

Where is Captain Marvel?

A post-credits scene in Avengers: Infinity War hinted at Captain Marvel’s arrival. Just before he disappears, Nick Fury (Samuel L. Jackson) pages the hero. Marvel has already released two trailers for Captain Marvel’s solo film, which is out in March 2019. That movie will be set in the 90s—hence Nick Fury using a pager to contact her.

And yet we don’t get any glimpse of Brie Larson’s hero in this trailer. At some point, the movie will have to explain where the most powerful superhero in the Marvel Cinematic Universe has been for the past several decades while the Avengers were protecting earth and Thanos was collecting Infinity Stones.

Which of the original Avengers is going to die?

The ominous tone of the trailer suggests that someone will have to sacrifice himself or herself in order to restore the order of the world. At one point, Tony intones, “Part of the journey is the end.”

It’s not a secret that several of the original Avengers actors have fulfilled their contracts at Marvel and are ready to move on. Chris Evans, Robert Downey Jr. and Chris Hemsworth have all hinted Endgame will be their last film. One or more of their characters (Captain America, Iron Man and Thor, respectively) will probably bite the bullet in this movie.

Then again, perhaps Evans’ tweets about the end of his time at Marvel has all been a ruse, and he will actually film another three films as Cap. Who knows.

Spider-Man will survive, but how?

Marvel has announced that a Spider-Man: Homecoming sequel, Spider-Man: Far From Home starring Tom Holland will hit theaters on July 5. The film centers on Peter Parker’s class trip to Europe, where he runs into villain Mysterio (Jake Gyllenhaal).

Presumably it takes place after the events of Endgame, since Marvel Studios head Kevin Feige has said that Infinity War and Endgame will “greatly inform” the events of Far From Home. So it seems likely that Spider-Man, who is counted among the dead in Endgame, is definitely going to return to the Marvel Cinematic Universe.

Why did Clint become Ronin?

Fans are speculating that Clint Barton will drop the Hawkeye identity in this movie and become Ronin, a vigilante hero. His costume change—now all black and rather deadly-looking—confirms the switch.

In the comics, Clint takes up the identity of Ronin after a traumatic event. Audiences first see the new Clint as Captain America says, “We lost family.” Presumably Clint’s wife and kids died in the culling and now he wants revenge.

Whether her will play along with the Avengers is still to be determined. Black Widow looks surprised to see a darker Clint when she encounters him on the street. He looks to have just murdered someone, which is not very Avengers-y.

How did Ant-Man get out of the Quantum Realm?

The last time audiences saw Ant-Man in Ant-Man and the Wasp, he had traveled into the Quantum Realm, a mysterious subatomic state. Unfortunately for him, while he was down there, the scientists who could pull him out all vanished in Thanos’ culling. Ant-Man seemed stuck down there forever.

But at the end of the Endgame trailer, Ant-Man shows up at the door to the Avengers compound. How did he escape?

Will the Avengers use time travel, the Quantum Realm or both?

How will the Avengers reverse Thanos’ actions?

At this point, going back in time and preventing Thanos from snapping his fingers seems to be the only option. The trailer offers several hints that this will happen. First, there’s the title, Endgame. Near the end of Infinity War, Doctor Strange tells Iron Man, “We’re in the endgame now,” after he gives up the Time Stone to Thanos and disintegrates.

Doctor Strange had looked at all possible futures and seen only one in which they beat Thanos. Presumably, giving up the Time Stone was part of a larger plan: The endgame refers to that part in a game when players have to make sacrifices in order to win. Given that Doctor Strange is the master of the Time Stone, his plan will likely involve time travel.

Then there’s the fact that Captain America stares at a picture of his World War II-era love interest Peggy in the trailer for Endgame. Perhaps he is going to see her again? The theory has been boosted by leaked set photos that suggest the Avengers will return to key moments in their history, including the battle of New York in the first Avengers film.

Meanwhile, Scott Lang (a.k.a. Ant-Man) shows up in the trailer fresh from traveling in the Quantum Realm. At the end of Ant-Man and the Wasp, Janet Van Dyne, the scientist who was stuck in the Quantum Realm for decades, warns Ant-Man that people who travel there can get stuck in a “time vortex.” The movie doesn’t explain what that means, but perhaps Scott Lang has figured out how to use it to his advantage and go back in time.

Where is Steve Rogers’ beard?

This is a serious question. When did Captain America have time to shave? If the Avengers flew straight from Wakanda to Avengers tower, it seems like he would have more pressing matters to deal with than personal grooming. But maybe months have passed at the point that we see the Avengers back in New York. R.I.P. Cap-Thor beard banter.

What’s next for the Avengers after Endgame?

This is perhaps the biggest lingering question. Assuming that several of the old Avengers either die or retire, a new cohort of heroes will join forces.

We know that Captain Marvel will play a major role, and perhaps even lead the team. And given that Black Panther is getting a sequel, T’Challa is sure to be on hand for any future Avengers films.

Doctor Strange, The Winter Soldier and Falcon will likely stick around

Doctor Strange will also get a sequel, so Benedict Cumberbatch will soldier on on the Avengers team. Marvel seems to have been grooming both Falcon (Anthony Mackie) and The Winter Soldier (Sebastian Stan) for a Captain America-esque role in the movies, so expect at least one of those characters to continue on in the Marvel universe.

Black Widow could die and still get a solo film

Marvel has finally greenlit a Black Widow solo movie starring Scarlett Johansson, but the film will reportedly be a prequel that outlines the character’s origin story. So Natasha’s fate in the new Avengers movie is still undetermined.

Marvel has also announced or teased several new heroes who will get solo films and possibly show up in Avengers fare. First comes The Eternals, a movie about a super-powered alien race. This movie will likely run in parallel to the Avengers universe, much like Guardians of the Galaxy.

Deadline recently reported that Marvel is fast-tracking a movie about the kung fu hero Shang-Chi that executives hope will have as monumental a cultural impact as Black Panther. It would be Marvel’s first solo film for an Asian superhero. Feige has also teased a possible Ms. Marvel movie about Marvel’s first female, Muslim superhero.

The X-Men could show up

Disney and 20th Century Fox are merging. That means that Marvel Studios (a Disney subsidiary) will own the rights to some of the most popular superheroes, the X-Men, once again. Anthony and Joe Russo, who directed Captain America: Civil War, Avengers: Infinity War and Avengers: Endgamehave said in interviews that they’re sure the X-Men will be integrated into the Marvel Cinematic Universe.

Most likely, Marvel Studios will reboot the X-Men story rather than trying to integrate the extremely complicated X-Men universe into their own. (Both storylines involve time travel, which just sounds like a headache.) That means that Wolverine and Storm, likely played by different actors, may fight alongside Black Panther and Captain Marvel.