A successful tour of the famous Azerbaijani band to 20 cities of Russia, Azerbaijan, Belarus and Kazakhstan - VIDEO | Eurasia Diary - ednews.net

A successful tour of the famous Azerbaijani band to 20 cities of Russia, Azerbaijan, Belarus and Kazakhstan - VIDEO 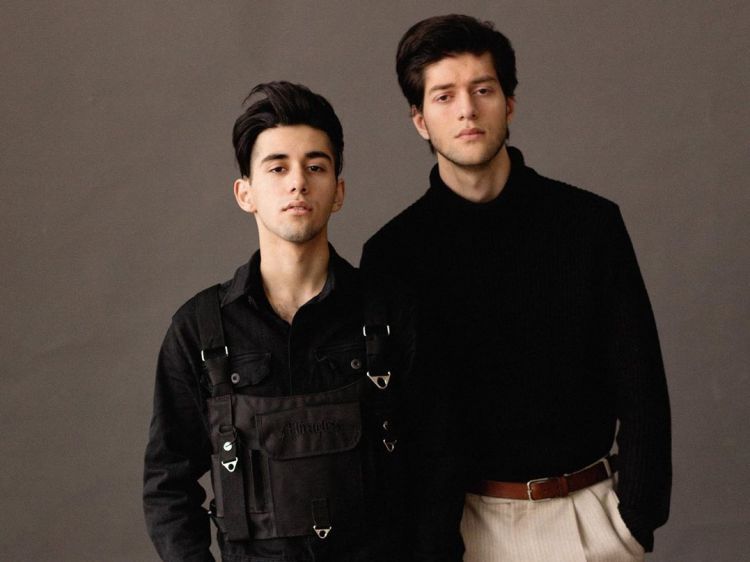 The tour of a famous group of Russia consisting of Azerbaijanis Rauf & Faig to 20 cities of Russia, Azerbaijan, Belarus, and Kazakstan continues, Eurasia Diary reports.

The first concert of the tour was held on November 18 in Moscow Station Hall, Moscow. On December 25, the band plans to give a concert in Azerbaijan. The concert will be held at Electra Events Hall.

All performances of the band are held successfully and are welcomed by numerous audiences.

Young (they are still 19 years old), but twin brothers from Izhevsk with a huge talent have achieved everything with their own bare hand. They are the authors of their own songs, music, and clips, and they say with confidence that they could manage everything without producers.

"The most important thing is the music we wrote, and we ourselves wrote and we are producing, so we don't need anyone," said Faig and Rauf Mirzayevs while speaking at the studio "Avtoradio". They performed here songs: "Evening", "I love you", "Childhood".

Recently, Rauf & Faig's "Bridges" song was included in the playlist "Best of the Week" in Itunes in Russia.

So far, Rauf & Faig's "Childhood" song has collected about 40 million visitors on Youtube and is ranked first among its audience for its popularity.

It should be noted that these young people are still in Fuzuli (region of Azerbaijan), which is currently occupied by neighboring Armenia. Faig and Rauf Mirzoyev twin brothers were born in 1999 in Izhevsk. Their father was an opera singer and director of the opera theater in Baku.

That is why talent has been passed from generation to generation. They were interested in music since childhood - they first studied vocal classes at the Children's Art House, then studied in the studio "Goygurshagindan yuxarı"(Above the rainbow). They visited the studio on tours to Estonia, Finland, Sweden, and St. Petersburg. Today, the duo's performances continue to expand.

Mirzoyev's brothers are also engaged in creative activity and also study at the second year of the Moscow Financial-Industrial University.