Italian journalist - With tis multiculturalism traditions, Azerbaijan sets an example to the rest of the world | Eurasia Diary - ednews.net

Italian journalist - With tis multiculturalism traditions, Azerbaijan sets an example to the rest of the world 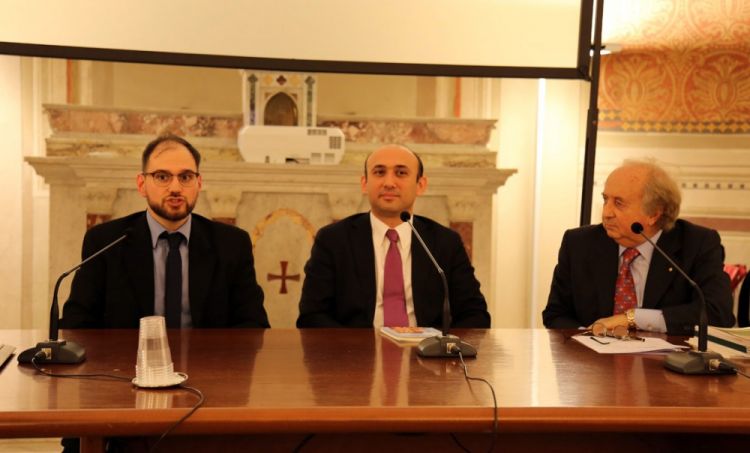 “With its traditions of multiculturalism, Azerbaijan sets an example to the rest of the world,” said Italian journalist, director of the Institute for International Economic and Political Studies (IREPI) Domenico Letizia as he addressed the launch of his book “View from Italy to Azerbaijan” (Uno sguardo dell'Italia sull'Azerbaigian) at the Italian LUMSA University.

Domenico Letizia highlighted his recent researches on Azerbaijan, pointing out his visits to the country. On the Armenia-Azerbaijan Nagorno-Karabakh conflict, the Italian journalist noted that despite the UN Security Council’s conflict-related resolutions, 20 per cent of the Azerbaijani territories are still under the Armenian occupation. He drew the audience’s attention to the crimes committed by Armenians against Azerbaijanis, including the Khojaly genocide.

Addressing the event, Azerbaijani Ambassador to Italy Mammad Ahmadzade thanked the management of LUMSA University and the author for the organization of the event.

The book was published by Antonio Stango Publishing House.