WILL Smith has made his first appearance as the Blue Genie in Disney’s live-action version of Aladdin – and fans have mixed emotions. 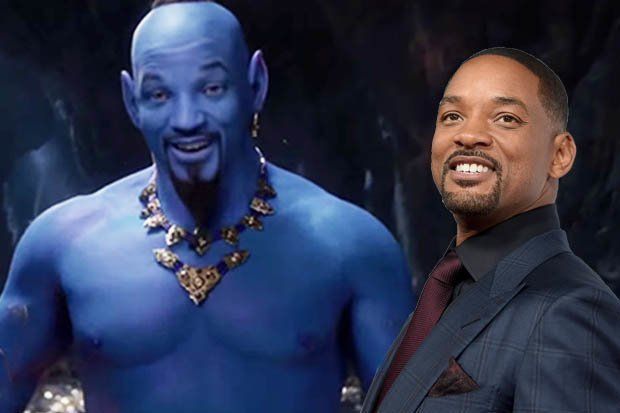 But there were something fans were not prepared for – Will Smith as a blue Genie.

Will Smith posted a clip of himself as the Genie, with the caption: “I told y’all I was gon’ be Blue!! Y’all need to trust me more often!”

The live-action version of Aladdin follows a string of Disney remakes, including Cinderella, Beauty And The Beast and Maleficent.

Aladdin is based on the 1992 animated classic, starring fan-favourite Robin Williams as the Genie.

The new live-action version will be directed by Guy Ritchie.

Fans first had a look at the cast of the new film on an Entertainment Weekly cover in December.

On the cover, Smith looked amazing in a blue and purple outfit with gold jewellery – but was not blue.

Some fans were worried Smith would be abandoning the Robin-Willams-voiced character’s blue colour – but now they definitely have what they wished for.