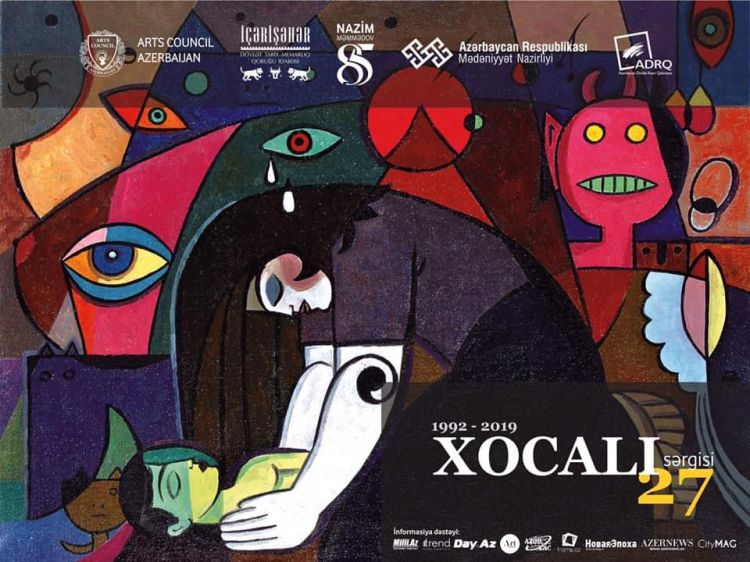 Today, Art Tower Gallery will host an exhibition timed to the 27th anniversary of Khojaly tragedy.

The works of Nazim Mammadov and French artist Reno Baltzinger will be showcased as part of the exhibition.

Moreover, throughout 2019, it is planned to hold a series of events dedicated to the 85th anniversary of Nazim Mammadov's multifaceted creativity.

The exhibition will last until March 2. Admission is free.

During the Karabakh war, on February 25-26, 1992, the Armenian armed forces, together with the 366th infantry regiment of Soviet troops, stationed in Khankendi, committed an act of genocide against the population of the Azerbaijani town of Khojaly.

About 613 civilians mostly women and children were killed in the massacre, and a total of 1,000 people were disabled. Eight families were exterminated, 25 children lost both parents, and 130 children lost one parent. Moreover, 1,275 innocent people were taken a hostage, and the fate of 150 of them remains unknown.