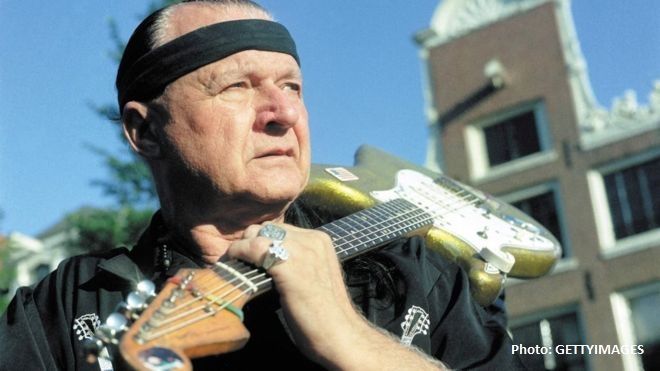 Dale was known for his blindingly fast strumming style, which inspired acts like The Beach Boys and Jimi Hendrix.

He said the sound reminded him of the rumble and crash of the waves, and the noises of marine animals as he surfed in California.

The cause of death is not yet known, but the guitarist had a long history of ill health, including renal failure, diabetes, and cancer.

Celebrities and fans have been paying tribute to the musician referred to as the "King of the Surf Guitar" and the "Pied Piper of Balboa Beach", with many describing him as a "true innovator".

And recording industry body the BPI said it saluted "a great musician who created a brilliant and uniquely distinctive style and sound that will forever be his hallmark".

David Simon, the creator of The Wire, observed: "If you ever bought an electric guitar and imagined playing it like Dick Dale, you were on a certain path to eventually recognize your own idiocy.

"You might learn some stuff, play some stuff. But you were not going to play like Dick Dale. Just no."