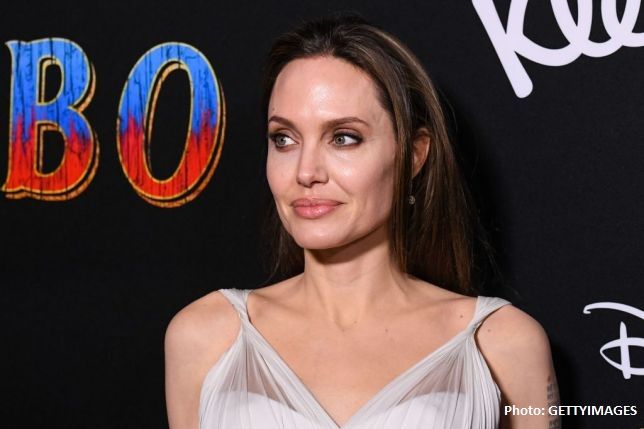 Angelina Jolie is turning a superhero, people. Is there anything she cannot do?

Word on the street is Jolie will be making her Marvel debut and becoming her very own superhero in new movie The Eternals.

According to The Hollywood Reporter, the 43-year-old actress is ‘in talks’ with Marvel Studios to star in the feature based on the Jack Kirby comics. It will basically follow the Eternals – a group of ‘superpowered and near-immortal beings’ – but it’s still very early days, so plot ideas and Jolie’s character are still not yet known. The movie’s director has been confirmed, though, as Chloe Zhao, while Matthew and Ryan Firpo will create the script.

It will be Jolie’s first superhero role, although we’re pretty sure she’s got it down given she used to be Lara Croft and all. Oh, and Maleficent, the fiercest witch of them all, and then, of course, there’s assassin Jane Smith from Mr & Mrs. Smith, too. Basically, give her a superpower and Jolie is pretty much unstoppable, no? Fans will have to wait it out for more info on The Eternals, but until then they’ll have the fourth and final installment of the Avengers to look forward to. Avengers: Endgame will wrap up the superheroes’ war against Thanos, with him wiping out a whole host of our favorite characters, including Spider-Man and Black Panther, and turning them to dust with a snap of his fingers at the end of Infinity War.