The city of Zangilan and 24 other villages have been liberated from Armenian occupation
Read: 637

Units of the Armenian Armed Forces in the direction of Gubadli were destroyed - VIDEO
Read: 272

Who is Chingiz Mustafayev? - Azerbaijani singer with laser-pointing arm robots 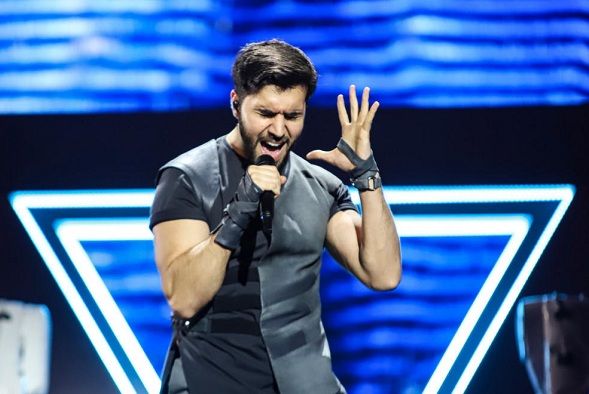 Chingiz Mustafayev is an Azerbaijani singer, songwriter and guitarist. He was born in Moscow in 1991 and moved to Qazax, Azerbaijan when he was six years old. When he was a child, Chingiz started to learn guitar and composed his own songs.

His father was a professional musician and was always playing when met with his friends. Chingiz adored Spanish music and that's why he decided to learn guitar.

At age 13, he moved with his mother and his brother to Baku where he auditioned for the Azerbaijani version of Pop Idol (Yeni Ulduz - New Star) in 2007 and won the competition.

In 2013, he represented Azerbaijan internationally in the New Wave competition in Jūrmala, Latvia. He placed 11th overall and sang along with Polina Gagarina. This is one of the most prestigious for young talents.

Three years later, Mustafayev auditioned for the sixth season of The Voice of Ukraine however, he was eliminated in the subsequent Battle Round.

Aside from singing, Chingiz professes to love yoga, meditation and spending time with his dog. So far, so peaceful. But he’s also a fan of kung fu. He learned from his older brother Seymur Chingiz Mustafayev represents Azerbaijan in Eurovision Song Contest 2019 in Tel-Aviv with the song Truth. He won the Second Semi Final and going to participate in Final on 18 May.