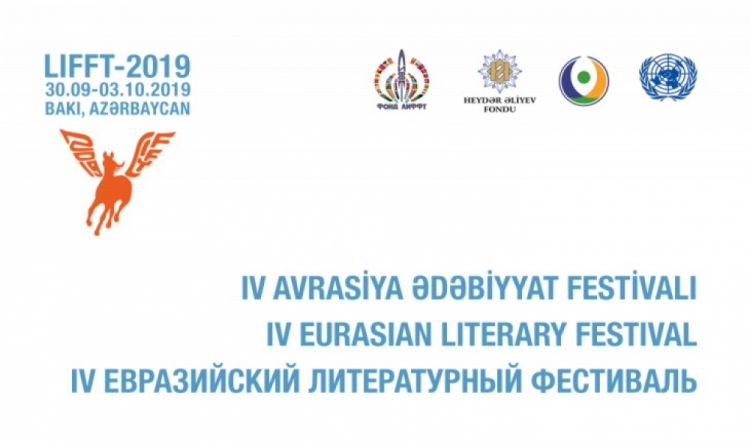 The 4th LiFFt Eurasian Literary Festival will be held in Baku from September 30 to October 3, AZERTAC reports.

The organizers of the festival are the Eurasian Peoples` Assembly and the International Humanitarian Foundation "LiFFt" of the Russian Federation. The co-organizers of the festival in Azerbaijan are the Heydar Aliyev Center, the Ministry of Culture of Azerbaijan, “Soz” Literary project and the Baku Book Center. The Festival, to be held under the auspices of the UN, is also supported by UNICEF.

More than 150 writers from 52 countries are expected to attend the international event.

The Festival is a public initiative and an international educational project, which unites the LiFFt literary festivals of Russia and Eurasia. It covers 98 countries and five billion people. The festival's organizing committee includes the most famous writers.

Azerbaijani writer Varis Yolchuyev won the 2018 Festival held in Sochi. According to the decision of the Organizing Committee, this year`s Festival will mark the great Azerbaijani poet Imadaddin Nasimi`s 650th anniversary.

The opening and closing ceremonies of the festival will be held at the Heydar Aliyev Center.