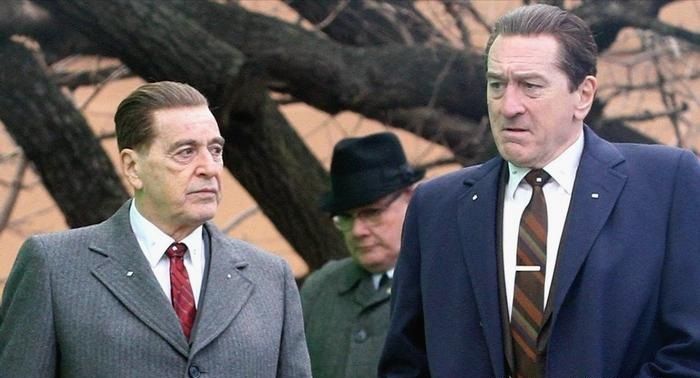 Martin Scorcese's 'The Irishman' releases in theaters this weekend. There's a lot of buzz surrounding the movie, but one aspect, in particular, has caught people's attention over everything else, Eurasia Diary reports citing MEAWW.

Robert de Niro and Al Pacino happen to be playing characters several decades younger than their actual age — and they look every bit the part.

Thanks to the youngification technology provided by visual effects company Industrial Light & Magic (ILM), the adage that "age is just a number" has never been more true.

ILM had developed a scene from 'The Goodfellas' in which they de-aged Robert De Niro. It was this scene that managed to convince Netflix CEO Ted Sarandos to back the movie. De Niro was impressed with the footage himself. "I thought, 'I can extend my career another 30 years'," he quipped.

With Netflix’s backing, 'The Irishman' became one of the most expensive movies of Scorcese's career, with a production budget of $159 million.

The visual effects were handled by visual supervisor Pablo Helman and ILM. It was very important for Martin Scorcese that youngifying the actors would not require them to wear helmets or other facial gear for their performances.

ILM managed to find a way to make the process work without interfering with the actors' performances. Scenes that would require visual effects were shot with a three-camera device that was affectionately dubbed the Three-Headed Monster.

Helman would work closely with cinematographer Rodrigo Prieto to ensure that the technology never got in the way of Scorcese's process. "[Scorsese] is very specific about his cinematic language," said Prieto, in an interview with Variety.

"I didn't want to affect any of his decisions because of the technology, so I worked closely with Pablo [Helman] and his team to make sure our rig was lightweight enough that [the camera operator] could use any kind of remote head or Steadicam setup," Prieto added.

As the movie covers a time period of over 50 years, the de-aging technology was complemented by costume and set changes, and different film material in cameras for each decade 'The Irishman' goes through.

All this was combined in an effort to give audiences a real feel for the passage of time — both visually and thematically. "I went with less and less color as we progress with [Frank], because later in life there is disillusionment, feelings of regret," Prieto said.

The new technology has a great many implications for the future of cinema. The most obvious, as De Niro noted, is that it extends the careers of older actors, allowing them to play much younger roles.

De Niro also noted at a London Film Festival Screen Talk session that as the technology advances, it can be used to make different kinds of film visuals. "It can be another type of entertainment, like comic strip things, Marvel. The comic book character-type things, cartoony stuff."