Is there any point in replacing the OSCE Minsk Group with another diplomatic mechanism? - The explanation by Azerbaijani expert
Read: 282

The Azerbaijan Army is ready to suppress any provocations of Armenia and undertake strong retaliatory actions - Defense Minister
Read: 251 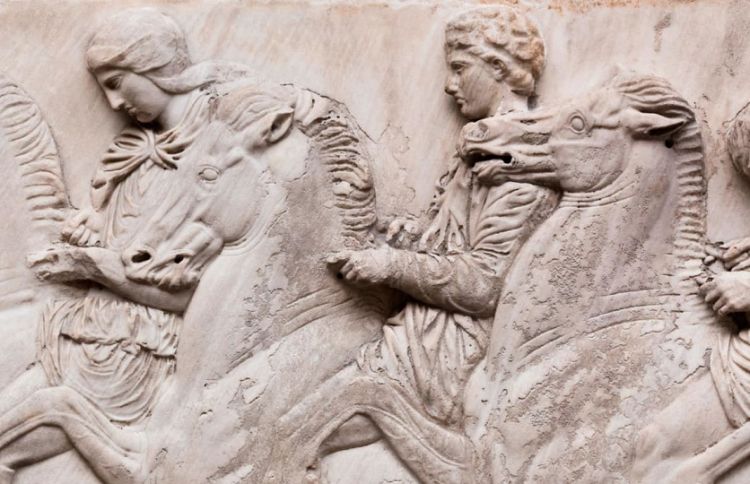 Xi made his comments Tuesday, during the last day of a state visit to Athens, where he met with Greek President Prokopis Pavlopoulos. The two leaders and their wives visited the Acropolis Museum, where Pavlopoulos appealed to Xi for support on the diplomatic dispute with Britain.

The Parthenon Marbles, also known as the Elgin Marbles, are sculptures that once decorated the ancient Parthenon temple. They were removed from the site more than 200 years ago by Lord Elgin, Britain's ambassador to the Ottoman Empire, and are now housed in the British Museum in London.

For decades, Greece has unsuccessfully demanded the artifacts' return. Former British Prime Minister Tony Blair once said that the statues "belong" to the British Museum, and in 2014 the museum said the statues "are part of the world's shared heritage and transcend political boundaries."

"I totally agree with you," Xi replied.

Xi then pledged his support when Pavlopoulos asked the Chinese president for help in the "battle for the return of the Parthenon Marbles."

"Not only will you have my support, we should work together," Xi said. "Because we have a lot of our own relics abroad, and we are trying as much as we can so that we can to bring these items back to their home country as soon as possible."