Lithuanian journalist who witnessed the bloody tragedy - "All this was a plan aimed at the Armenian occupation"
Read: 838 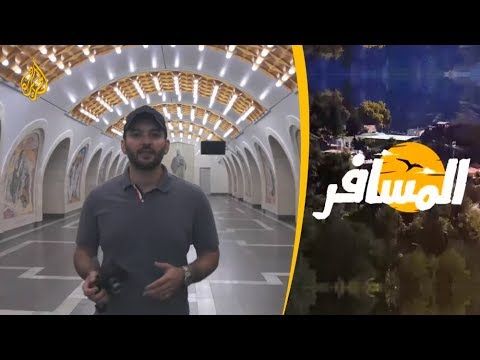 In conjunction with the International Eurasia Press Fund the Al Jazeera Media Network has started to broadcast documentaries in Azerbaijan in the programme of “al Musafir” (the Visitor) on Al Jazeera channel.
(Click also here for the video)
According to Eurasia Diary, the films aim to present the rich history, culture, mysterious nature of Azerbaijan, the ancient traditions of people, the way of life and the potential of tourism to the Arab world. Five films each consisted of 25-minute cover Azerbaijan's many regions, including the capital city of Baku. This time the crew of AlJazeera's al Musafir is greeting you from Nakhchivan with its 5th ediotion.
The delegation of the Al Jazeera's "al Musafir" Programme, which have been to Azerbaijan from June 20 to July 12, also filmed the sightseeing places, national cuisine, historical places, meseums and monuments in Nakhchivan with the assistance and technical support of the International Eurasia Press Fund. So far, 4 of the films about Baku and the regions of Azerbaijan, including Shaki, Khinaliq and Ganja have already been introduced to the Arab world. The films have been screened daily for five weeks via Al Jazeera's "al Musafir" Programme since late November.
In the film about Nakhchivan, Momine Khatun, Gulustan and Noah's Mausoleums, Khan Saray, Duz Dagh (Mount of Salt), Ilan Dagh (Mount of Snake) and Batabat lake are specially attention grabbing. IEPF President Umud Mirzayev stressed the importance of films in terms of presenting and promoting our country to the Arab world.
“Generally, the films make a great impression about our country and have an incredible sequence. We are proud of working with the professional team of Al Jazeera's al Musafir which shot in Spain, the Netherlands, Malaysia, Vietnam and other countries so far and represent our country. The film is the first international documentary representing our country in a detailed, comprehensive format to the world with the use of a highly professional team and high-level equipment."
Al Jazeera's host is Hazim Abuvafta, screen director of the film presented by chief producer Ziyad Jalal is Nicholas Libersale. IEPF is the author of various projects in collaboration with Al Jazeera Media Network.
"I would like to specially mention the services of Al Jazeera Media Director, our friend Mostefa Soug, Ibrahim Hamdan and Sami Al Hajj in the making of this project," Umud Mirzayev said.