"THE SEARCH FOR THEOLOGICAL SOLUTIONS IN THE ERA OF GLOBALIZATION» | Eurasia Diary - ednews.net

"THE SEARCH FOR THEOLOGICAL SOLUTIONS IN THE ERA OF GLOBALIZATION» 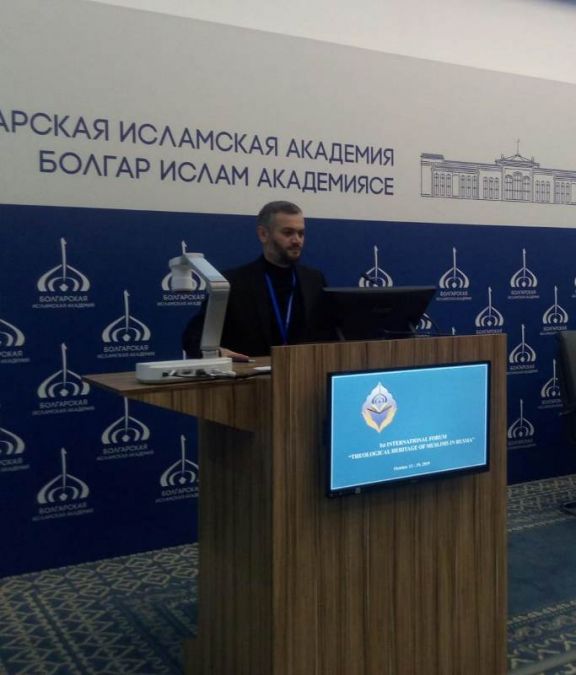 Gulagha Ismailov
Post-graduate student of Institute of manuscripts named after Muhammad Fizuli Of The National Academy Of Sciences Of Azerbaijan
[email protected]
Summary: Here,was talked about that Islam religion arounds man life's all stages,be harmonies of all times and spaces,to respond to scientific innavations,possibility of achiving both of worldwiev and to apply so many issues nowday. One of these issues is to research "handwriting"works and to attract people to this research. Because,ancient handwritings are called original wealth and they are orign all of themes. Famous scientists firstly,try to get information from original orign and they try to show that as main orign. That is why ,it shows this issue is very important. One of the most precious work which was my dissertation theme, ancient handwritings of Imam Bagavi's work "Məsabih əs sünnə" which is keeping in university named after Mahammad Fuzulu handwrinting university of Azerbaijan National Academy of Science, It was imformed us about the importance of this work, its specificity and the author,i and the people who helped the writting this work.
Keywords: Hadith, Baghawi, Azerbaijan, “Masabih al-Sunnah”, Islam,  sectarianism, hadith, book, Quran, sunnah