Russian T-14 Armata tank could be transformed into nuclear weapon - US
Read: 693 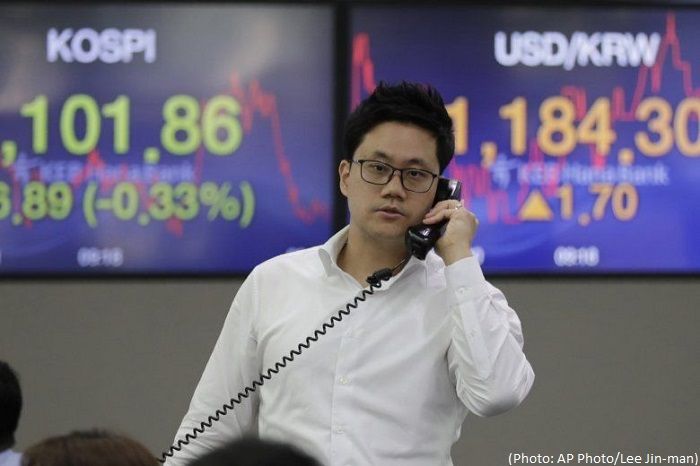 World stocks were mostly higher on Thursday and energy prices surged after two oil tankers were reportedly attacked in the Gulf of Oman, leaving one with a damaged hull and the other on fire and adrift, AP reports.

Prices of Brent crude oil, the international standard, jumped 4% to over $62 a barrel on the news. The gains later eased to around 3.2% and the contract was trading at $61.91 per barrel.

U.S. crude rose 2.7% to $52.50 per barrel. It had closed almost 4% lower at $51.14 per barrel on Wednesday, weighed by concerns over rising stockpiles and a spiraling trade dispute between the U.S. and China.

"The knee-jerk reaction is more a response to the risks associated with higher tensions in the region and prospect of more attacks, than immediate impact on oil supplies," Craig Erlam of OANDA said in a market commentary.

Commander Joshua Frey, a 5th Fleet spokesman, said Thursday that the U.S. Navy was assisting two vessels involved in a "reported attack" near the strategic Strait of Hormuz. He did not name any suspects or say how the vessels were attacked. A third of all oil traded by sea passes through the strait, which is the narrow mouth of the Persian Gulf.

BSM Ship Management said one of the vessels, Kokuka Courageous, was carrying methanol and sustained "damage to the ship's hull starboard side." Maritime intelligence firm Dryad Global preliminarily identified the other vessel as the MT Front Altair, a Marshall Islands-flagged crude oil tanker. It said the vessel was "on fire and adrift."

Japan's trade ministry said the two vessels had "Japan-related cargo." The reported attacks came as Japanese Prime Minister Shinzo Abe was wrapping up a high-stakes visit in Tehran aimed at easing tensions between Iran and the United States.

Most Asian indexes declined on Thursday as activists in Hong Kong vowed to keep protesting against an extradition bill they fear would harm the Chinese territory's legal autonomy.

Thousands of protesters clashed with police and faced rounds of tear gas and rubber bullets as they demonstrated on the streets of Hong Kong on Wednesday. Streets and sidewalks were generally clear of obstructions Thursday with a heavy police presence, but students and civil rights activists pledged to keep protesting the legislation.

The protests threaten to shake confidence in the hub for many regional and international businesses and investors. Hong Kong's Hang Seng gave up 0.1% to 27,294.71, extending its losses after closing down 1.7% on Wednesday.