Peace, prosperity and stability in Azerbaijan is significant for the true realization of international projects and UN 2030 Agenda - Qaiser Nawab
Read: 863

Russian President emphasized the need starting by protecting the social and humanitarian sector from trade and economic sanctions. 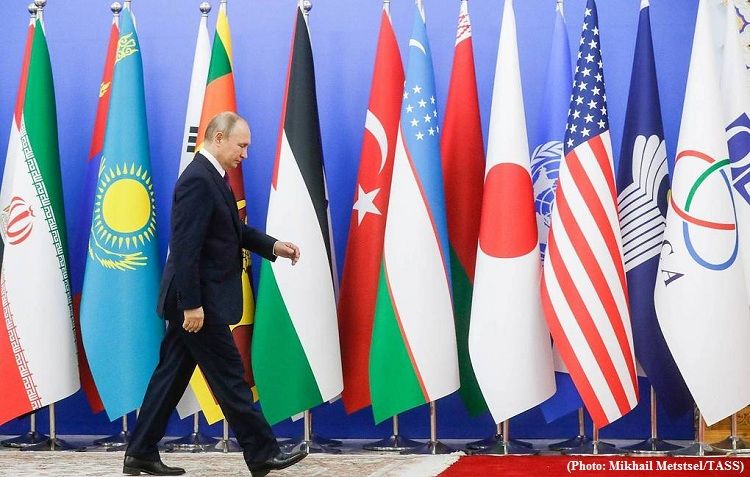 There is a need to restore trust between countries in relation to global trade and find a way to resolve trade war issues, Russian President Vladimir Putin said, addressing the summit of the Conference on Interaction and Confidence-Building Measures in Asia (CICA) in Tajikistan’s capital of Dushanbe on Saturday, TASS reports.

"Unfortunately, trade wars are raging across the world, in fact, ultimate fighting is ongoing, which involves bullying and attempts to eliminate competitors through non-market methods. Today, our collective efforts to find a way out of the situation are important like never before," Putin noted. He emphasized the need "to restore trust and establish fair economic cooperation rules," "starting by protecting the social and humanitarian sector from trade and economic sanctions."

Putin pointed out that the issue had been raised at the St. Petersburg International Economic Forum (SPIEF) held on June 6-8.

The Russian leader also touched upon cooperation between Asian countries, noting that the region was one of the drivers behind global economic growth. Putin said that Russia paid particular attention to this area of cooperation. He pointed out that in 2015, CICA members created a business council at Russia’s initiative, while a memorandum of cooperation between small and medium-sized enterprises had been prepared ahead of the Dushanbe summit.

"We call for boosting trade, and abandoning protectionism and illegitimate sanctions, as well as politically-motivated restrictions and barriers. We are determined to enhance investment and industrial cooperation based on WTO rules and respect for each other’s interests," Putin said. He noted that the idea of linking the integration processes going on within the Eurasian Economic Union (EAEU), the Association of Southeast Asian Nations (ASEAN), the Shanghai Cooperation Organization (SCO) and China’s One Belt One Road initiative was supported by CICA countries.

"Such an approach is in our common interest" the Russian president emphasized.