Russian warships launched a massive missile attack on the terrorists near Aleppo
Read: 440 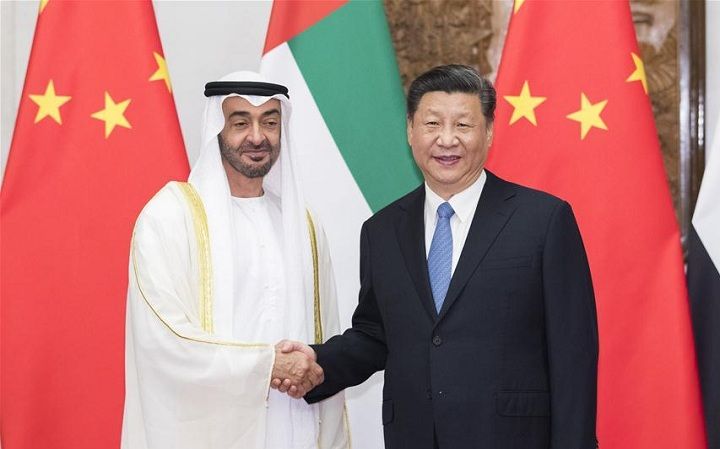 During their talks at the Great Hall of the People, Xi recalled his state visit to the UAE last July when the two sides announced the establishment of the partnership and ushered the bilateral ties in a new stage.

Stressing the significance of win-win cooperation in the era of globalization, Xi said the China-UAE relationship has set an example of strategic cooperation for countries from different regions, with different cultures and of various types.

According to Xi, the two sides will issue a joint statement on strengthening the China-UAE comprehensive strategic partnership during the crown prince's visit, "which will be another important guideline document in the history of China-UAE relations."

Xi said he is willing to work together Sheikh Mohammed to ensure the partnership will yield new results to better benefit the people of the two countries under the current complicated and volatile circumstances.

The Chinese president voiced the hope to realize the goal of 200 billion U.S. dollars of the two-way trade by 2030.

During the talks, Xi said China supports the UAE in opening Chinese-language teaching in its 200 schools.