Russian T-14 Armata tank could be transformed into nuclear weapon - US
Read: 894

Ex-PM Medvedev speaks about his relations with Putin
Read: 803 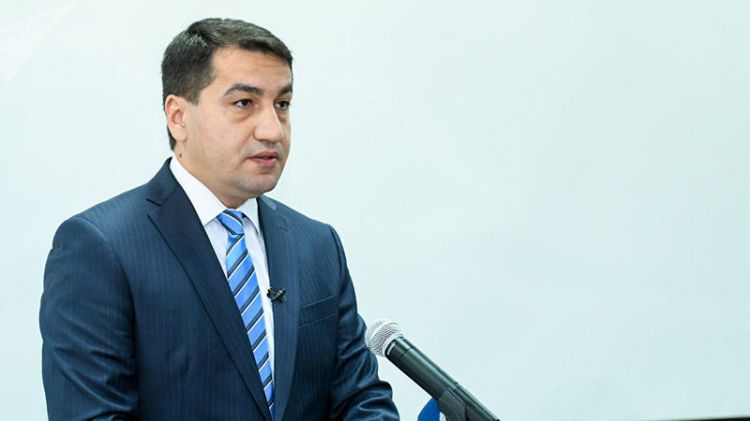 Azerbaijan can consider potentiality of its role as a transit country of Turkmen gas, Head of the Department of Foreign Policy Affairs of the Azerbaijani Presidential Administration Hikmet Hajiyev said during a seminar dedicated to the 25th anniversary of the signing of the Contract of the Century, Trend reports.

In turn, Deputy Minister of Energy of Azerbaijan Elnur Soltanov noted that Azerbaijan’s stance on this issue is very clear.

"Regarding the Trans-Caspian Pipeline [a project envisaging transportation of Turkmen gas to Europe through Azerbaijan], I think Azerbaijan’s position has been very clear. So, it is not Azerbaijani gas. For the gas that belongs to third countries, we are definitely there to help as a transit country in the case, if there is an initiative," the deputy minister said.

Turkmenistan is looking into bringing its energy carriers to the European market, which requires laying a 300-kilometer gas pipeline along the bed of the Caspian Sea to the shores of Azerbaijan. Turkmenistan announced its readiness to supply up to 40 billion cubic meters of gas per year to Europe.