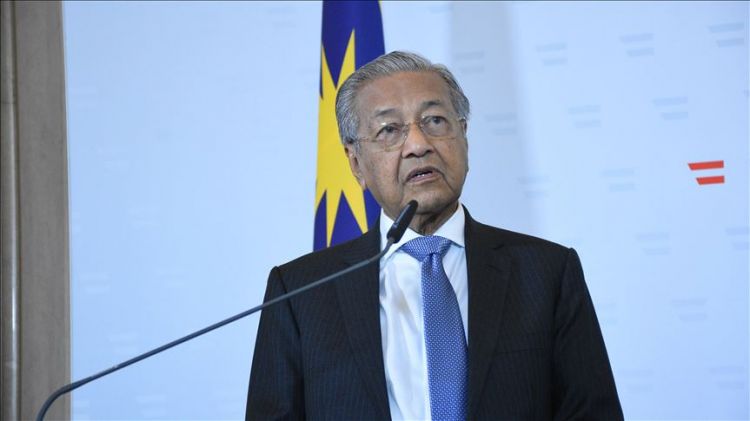 Even as Indian traders have decided to limit importing palm oil from Malaysia, as part of retaliation against the Southeast Asian nation, for criticizing New Delhi’s recent actions on Kashmir, Malaysian Prime Minister Mahathir Mohamad on Tuesday brushed aside the threat.
"We speak out our minds and we do not retract and change,” Kuala Lumpur-based daily The Star, quoted Mahathir telling reporters at the Malaysian parliament.
Earlier an Indian trade body said they have issued an advisory asking members to limit imports from Malaysia.
"We have issued a trade advisory to our members to refrain from importing palm oil from Malaysia," said Atul Charturvedi, president, Solvent Extractors' Association (SEA).
"The recent developments pertaining to strained relations between our nation and Malaysia has put a lot of responsibility, on our industry in view of huge imports of palm oil from that country," he said.
India was among top three buyers of Malaysia’s palm oil and palm-based products in 2018.
Defending his statement at the UN General Assembly, Mahathir told reporters that all that he had said was the need to abide by the UN resolutions.
"We felt that the people of Kashmir had benefited from the resolution of the UN, and all we are saying is that we should all abide, not just India and Pakistan, but even the U.S. and other countries. Otherwise, what is the need of having the UN?” he asked.
The Malaysian prime minister said that it was necessary to speak out on issues, even though such remarks are disliked by some.
"Sometimes, we have to have strained relationships but we want to be friendly with people. Malaysia is a trading nation, we need markets and so, we are nice to people also,” he said.
"But, also, we have to speak up for people. So, sometimes what we say is liked by some and disliked by others," he added.
Addressing the 74th session of UN General Assembly last month, Mahathir, 92, world’s oldest serving head of government had said that despite the UN resolutions on Jammu and Kashmir, India had invaded and occupied the territory.
Disputed region
Jammu and Kashmir has been under a near-complete lockdown since the Indian government’s move on Aug. 5 to scrap the special status of Jammu and Kashmir.
Several rights groups including the Human Rights Watch and Amnesty International have repeatedly called on India to lift restrictions and release political detainees.
India said that 93% of the restrictions have been eased in the conflict-ridden region, a claim that Anadolu Agency could not independently verify.
From 1954 until Aug. 5, 2019, Jammu and Kashmir enjoyed special status under the Indian constitution, which allowed it to enact its own laws.
The provisions also protected the region's citizenship law, which barred outsiders from settling in and owning land in the territory.
India and Pakistan both hold Kashmir in parts and claim it in full. China also controls part of the contested region, but it is India and Pakistan who have fought two wars over Kashmir. {Anadolu Agency}