Peace, prosperity and stability in Azerbaijan is significant for the true realization of international projects and UN 2030 Agenda - Qaiser Nawab
Read: 1219

Russian scientists have found a major weakness of the coronavirus
Read: 638

Turkmenistan Airlines to re-launch flights to EU countries in December 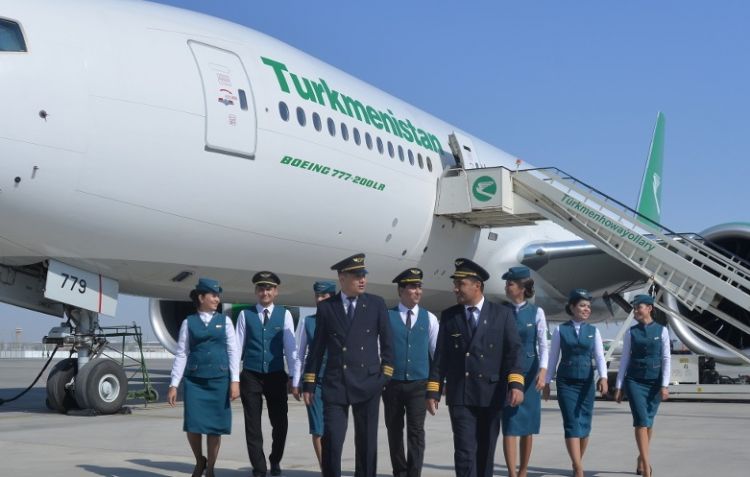 Turkmenistan Airlines will begin passenger flights to the EU countries in the second half of December, which have been suspended since February 4, 2019 by the European Aviation Safety Authority (EASA), Eurasia Diary reports citing Turkmenportal.

Turkmenistan Airlines will start selling tickets for flights to Birmingham (UK) and Frankfurt am Main (Germany). This became possible after obtaining a compliance certificate for meeting the European safety system requirements, and the license for air transportation to European cities, reports the news agency.

According to the findings of an on-site audit conducted by the European Aviation Safety Authority (EASA) in Ashgabat, the air carrier was authorized as a "third-country operator". Thus, the European Agency confirmed the compliance of the Turkmenistan Airlines JSC with the requirements for airlines of countries that are not members of the said Union.

The issuance of the certificate for European flights was the result of the joint efforts of the employees of Turkmenistan Airlines JSC and Lufthansa Consulting experts on fulfilling the relevant EASA requirements. Teams of specialists in quality and safety management, operation and maintenance of aircraft were involved.

Prior to this, President Gurbanguly Berdimuhamedov instructed the Chairman of the Türkmenhowaýollary Agency Dovran Saburov to comprehensively approach the prospect of arranging flights to the European countries within two months and prepare an appropriate plan.

The head of state instructed Deputy Prime Minister Bayramgeldi Ovezov to determine the most popular areas, based on the calculation of market prices. At the same time, the emphasis was placed on creating comfortable conditions for passengers.