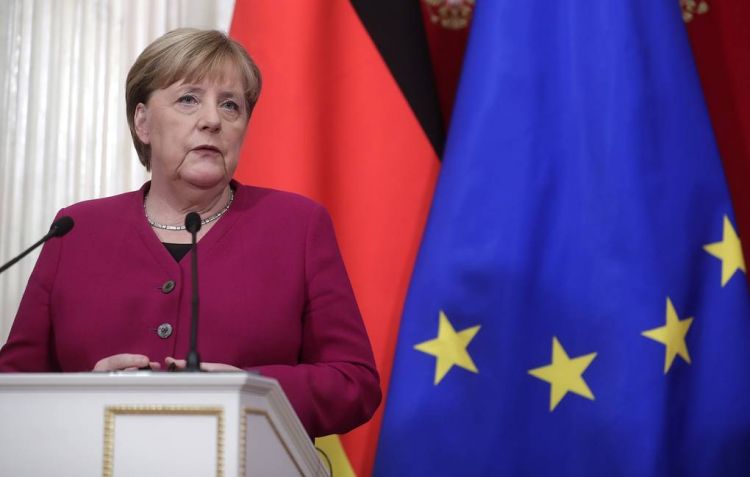 German Chancellor Angela Merkel rejects any US sanctions against Nord Stream 2 and expressed support for the project, she said during a news conference with Russian President Vladimir Putin on Saturday, Eurasia Diary reports citing TASS.

"It is an economic project," she said. "Therefore, we believe it to be right."

Russian President noted that he has no doubt for the finishing the project.

"Yes, we will definitely be able to finish the construction [of the pipeline] by ourselves," Putin assured. "The question is about the timeframe. It is the only question raised in this context."

Putin stated that maybe the extend of time would be needed.

"I hope that by the end of the current year or in the first quarter of next year, the work will be over and the gas pipeline will be put into operation," Putin concluded.

US President Donald Trump threatened companies that would cooperate with Russia on Nord Stream 2. After the threat of sanctions, the Swiss company Allseas suspended construction work.

1,500 kilometers long Nord Stream 2 pipeline will pas through waters of Russia, Finland, Sweden, Denmark, and Germany. The pipeline’s capacity will be 55 billion cubic meters of gas a year.