Leaders of religious confessions in Azerbaijan issued a joint statement on the destruction of our religious monuments in Karabakh.
Read: 377 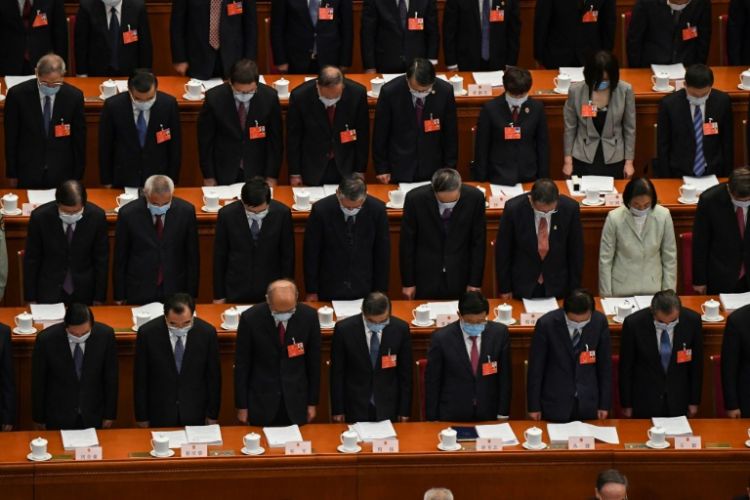 Li's opening speech to the 3,000-member National People's Congress (NPC) is China's version of the US president's "state of the union" address, and he went straight into the threat of the pandemic that emerged on Chinese soil.

"We have made major strategic achievements in our response to COVID-19," Li told mask-wearing delegates in Beijing's cavernous Great Hall of the People.

"At present, the epidemic has not yet come to an end, while the tasks we face in promoting development are immense," he continued, adding that China's government must "redouble our efforts to minimise the losses resulting from the virus."

Citing the "great uncertainty" ahead, Li took the rare move of refraining from announcing a 2020 growth target for China's coronavirus-battered economy.

Li said only that Beijing will "give priority to stabilising employment and ensuring living standards".

China is still recovering from the COVID-19 outbreak that first appeared in the central Chinese city of Wuhan late last year and spread globally -- sparking accusations that Beijing had mishandled its initial response, leading to nearly 330,000 deaths and economic carnage worldwide.

The pandemic has sent US-China tensions spiralling to new heights, with US President Donald Trump this week saying Beijing was responsible for "mass worldwide killing".

China's official COVID-19 case numbers have dwindled in recent weeks even as millions were sickened abroad, which Beijing says proves the superiority of its authoritarian system.

Li's annual address is closely watched for clues on the ruling Communist Party's political, economic, and social priorities, including towards semi-autonomous Hong Kong.