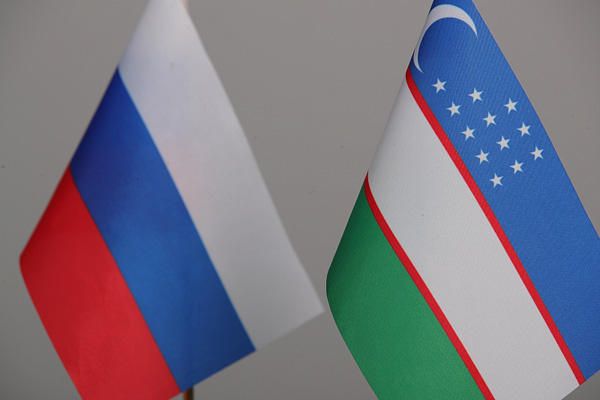 On 12 October 2020, the twenty-first meeting of the Uzbek-Russian Intergovernmental Commission (IGC) on economic cooperation was held in Bukhara, Trend reports citing Uzdaily.uz.
The meeting was held under the chairmanship of Deputy Prime Minister - Minister of Investments and Foreign Trade of the Republic of Uzbekistan Sardor Umurzakov and Minister of Economic Development of the Russian Federation Maksim Reshetnikov.
During the event, the current state of bilateral cooperation in trade, economic, cultural, humanitarian and scientific and technical spheres, as well as new promising areas for the development of partnership were discussed.
During a constructive dialogue and exchange of views on key issues on the agenda, a firm commitment was expressed on both sides to expanding multifaceted interaction in industry, agriculture, transport, energy, healthcare, banking and financial sector, and education.
There was a significant increase in the growth of trade turnover between Uzbekistan and Russia, which has grown by 58% over the past 3 years. At the same time, the significant untapped potential in this area was emphasized, in connection with which further joint steps were discussed to deepen trade relations between the two countries in order to achieve a trade turnover of US$10 billion in the near future. In this context, specific proposals were also voiced to remove existing barriers to trade and optimize conditions for the implementation of foreign trade operations by Uzbek and Russian companies.
Prospects for expanding successful cooperation in the investment sphere were discussed - it was noted that a package of large investment projects totaling more than $ 16 billion is currently being implemented in the fields of petrochemistry, mining metallurgy, energy, healthcare and pharmaceuticals, production of building materials, textile industry and fruit and vegetable processing ...
At the same time, the parties emphasized the existence of a number of prerequisites for further expansion and diversification of investment cooperation through the development and implementation of new industrial cooperation projects in the most promising areas and agreed to work closely in this direction.
In this context, the practical significance of the Project Office opened in August this year between the Ministry of Industry and Trade of the Russian Federation and the Ministry of Investments and Foreign Trade of the Republic of Uzbekistan was noted.
The parties discussed issues related to the implementation of 104 new investment projects in the field of industrial cooperation totaling US$5.8 billion and agreed to jointly effectively monitor the high-quality and timely implementation of each project within the agreed time frame.
It was agreed to hold an international investment and industrial exhibition "Innoprom" in Tashkent at the end of March 2021, which will allow Russian and Uzbek manufacturers and entrepreneurs to establish direct contacts and jointly develop new promising project proposals in the field of industrial cooperation.
Separately, they touched upon the issues of enhancing interregional cooperation, with the organization of regular mutual visits of heads of regional administrations and business missions to the regions of Uzbekistan and Russia to form new points of growth of partnership in all areas between the regions of the two countries.