China landed on the moon and found water in dirt and rocks
Read: 250

Turkey to increase trade volume with Turkmenistan to $5 bln: Erdoğan 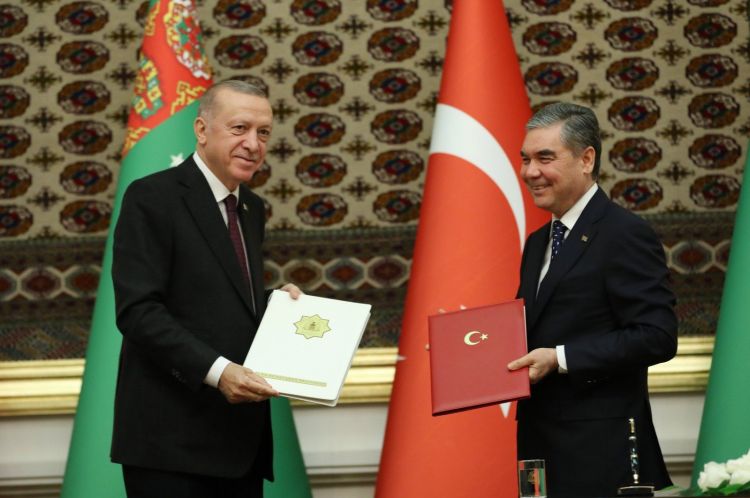 President Recep Tayyip Erdoğan has said that Turkey aims to increase its trade volume with Turkmenistan to $5 billion while also seeking ways to increase cooperation in bilateral relations.

"We are determined to take necessary steps to increase our bilateral trade volume to $5 billion at the first stage. We have exchanged views on what we can do to enhance our cooperation in the area of energy as well as in the areas of road and air transport," Erdoğan said.

The president's remarks came during a press conference held with Turkmenistan's President Gurbanguly Berdimuhamedov. The leaders held a joint press conference at Oğuzhan Palace after the meetings between officials and the signing ceremony of the agreements.
"Also, within our strategic cooperation based on historical and cultural partnership, we have agreed on giving fresh momentum to our relations in such social areas as education, culture, youth, and sports," Erdoğan said.
Erdoğan also congratulated the 30th anniversary of the independence of Turkmenistan, noting that Turkey was the first country to recognize Turkmenistan's independence and open an embassy in Ashgabat.
The president also received Turkmenistan's Order of State from Berdimuhamedov.