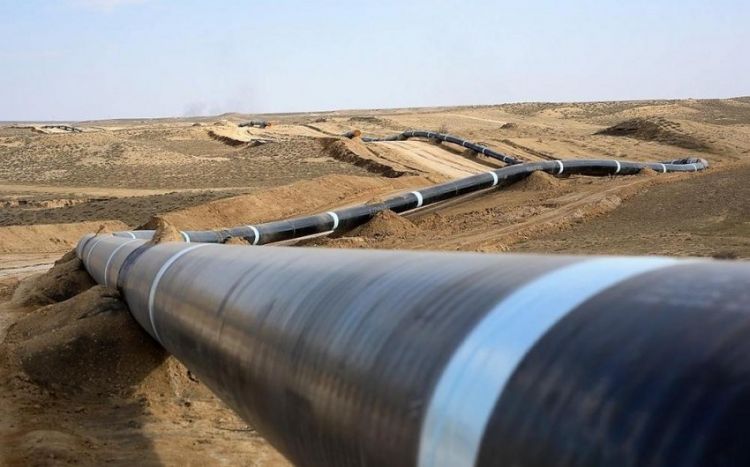 Deputy Foreign Minister of Italy Manlio Di Stefano has stressed the need to reduce Italy's dependence on Russian gas at the expense of Azerbaijani, Algerian and Turkmen gas, Report informs.

The Italian official made the remarks in an interview with La Repubblica newspaper.

"As in the rest of Europe, we have the problem of dependence on a small number of sources, mainly in Russia. At the beginning of the year, Moscow almost halved the gas flow destined for us along the Ukrainian route. This threat to our energy security, probably also politically motivated, requires urgent action," said the deputy foreign minister of Italy. "We must think about the medium and long term perspectives, about renewable energy sources, but we cannot ignore the short term perspectives. We must work with the most reliable partners."

According to the deputy minister, Algeria is such a partner, and the Trans-Adriatic Gas Pipeline (TAP), through which Azerbaijani gas is supplied, is essential for diversifying sources.

Thanks to this, Di Stefano noted, it was possible to slightly contain the increase in energy prices for the population.

"Another promising source is Turkmenistan, which could connect with the TAP pipeline in the Caspian Sea," the deputy minister said.

At the same time, he stressed that the Caspian Sea is in the "Russian zone of influence," and the construction of a gas pipeline along its bottom does not depend on Europe.

"But Turkmenistan has one of the largest deposits in the world, and we, as Europe, must play this game, also because India and China are increasing consumption: if we do not supply ourselves with resources today, we risk getting more and more difficult winters," Di Stefano said.