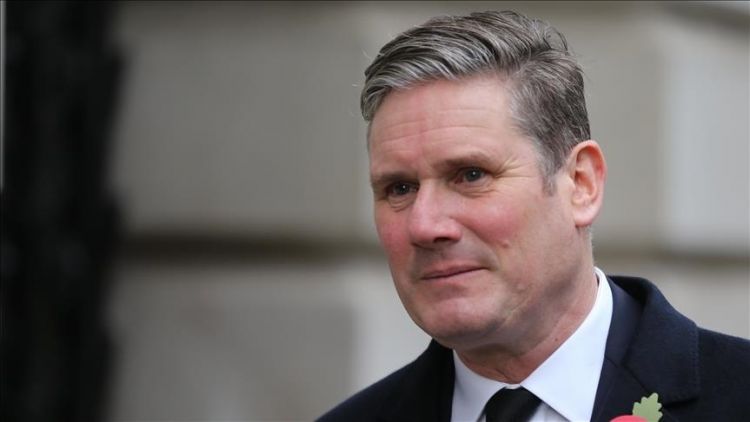 Sir Keir Starmer, the leader of Britain’s center-left, main opposition Labour Party, gave a keynote speech on Tuesday at the party's annual conference, in which he pledged to create a new publicly owned renewable energy company.
Great British Energy would “cut bills, create jobs, and deliver energy independence,” he said, pointing to France’s EDF as an example.
Starmer criticized Britain’s lack of a publicly-owned energy company, saying that Brits were in effect funding other countries.
Speaking in Liverpool, he said: "Energy bills in Swansea are paying for schools and hospitals in Stockholm".
"The Chinese Communist Party has a stake in our nuclear industry. And five million people in Britain pay their bills to an energy company owned by France,” he continued.
Starmer promised to start up GB Energy within the first year of a Labour government, saying the opportunities in clean power were good for jobs, growth and energy independence.
He said Labour would make sure that the British public “enjoy the returns” of public money invested into British industry.
"Labour won't make the mistake the Tories (Conservative Party) made with North Sea oil and gas back in the 1980s, where they frittered away the wealth from our national resources,” he said.
"The road to net zero is no longer one of stern, austere, self-denial. It's at the heart of modern, 21st century aspiration. Technology has turned everything on its head,” he continued.
"Green and growth don't just go together -- they're inseparable. The future wealth of this country is in our air, in our seas, and in our skies. Britain should harness that wealth and share it with all,” Starmer said. "British power to the British people."
- Economic instability
Turning his attention to the economic instability of recent days, Britain’s opposition leader said the British public should “not forgive and not forget.”
He condemned the Conservatives’ decision to “give tax cuts to the rich” as well as their record of their 12 years in power.
"Take a look around Britain, they haven't just failed to fix the roof, they've ripped out the foundations, smashed through the windows and now they've blown the doors off for good measure," he said.
Other policy announcements made by Starmer in his speech include a 70% homeownership target, along with a new mortgage guarantee for first-time buyers; a pledge to make Brexit work, and a promise not to work with separatist Scottish National Party “under any circumstances.”
Starmer concluded his speech by echoing former Labour Prime Minister Tony Blair, saying that Labour was now "the party of the centre ground -- once again the political wing of the British people."
"Britain will get its future back, a country where aspiration is rewarded, where working people succeed," he said.​​​​​​​
"A force for good in the world, a clean energy superpower, a fairer, greener, more dynamic nation. This is my commitment to you. The national mission of the next Labour government."