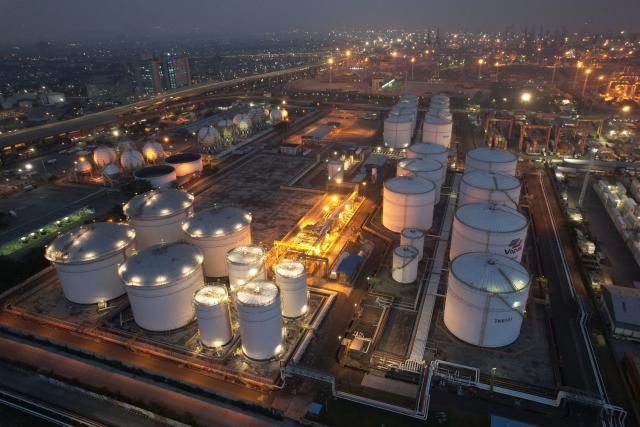 Oil fell for a second day on signs of rising US inventories and economic growth concerns.
West Texas Intermediate dropped below $79 a barrel after declining almost 1 percent on Wednesday as US retail sales slowed, stoking fears of a potential slowdown.
The American Petroleum Institute reported a 7.6 million-barrel gain in commercial stockpiles, according to people familiar with the data, reflecting the lingering impact of a December cold snap which shut down refineries.
Thursday also marks the first day of a series of strikes in France, including at the nation’s refineries. While the first walkout will only last 24 hours, industrial action late last year shuttered much of the country’s crude processing, damping European demand and boosting fuel prices.
Crude has endured a bumpy start to the year, collapsing by 10 percent in the first two sessions only to rebound as China’s reopening dominated the trading narrative.
The big swing-factor for the market is the demand outlook, with industrialized economies looking for a soft landing as interest rates rise and China emerges from COVID-19 curbs.
“There is still a huge amount of uncertainty surrounding the global economy,” said Tamas Varga, an analyst at brokerage PVM Oil Associates Ltd. “Maybe the time was ripe for a bout of profit-taking, and the disappointing set of US economic data was the trigger-point.”
In physical markets, China’s Unipec has been snapping up cargoes of Upper Zakum oil from the United Arab Emirates, purchasing the equivalent of 9 million barrels.