Russian T-14 Armata tank could be transformed into nuclear weapon - US
Read: 688

Ex-PM Medvedev speaks about his relations with Putin
Read: 675 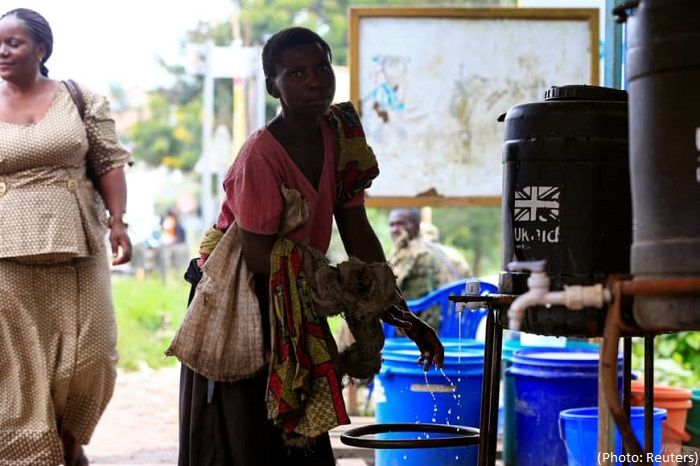 Half of all outbreaks of the deadly Ebola virus never get detected, researchers said Thursday, as Uganda confirmed a second death from the disease that has claimed hundreds of lives in neighboring Democratic Republic of Congo.

Ebola, which spreads among humans through contact with bodily fluids, is one of the most virulent tropical hemorrhagic fevers, often killing within days of infection.

Because it is so rare and predominantly confined to remote rural areas of central and western Africa, scientists believe many patients are never diagnosed or are misdiagnosed as suffering from other maladies, such as malaria or typhoid.

There have been at least 10 major outbreaks since Ebola’s discovery in 1976, and dozens of smaller ones.

Each epidemic results from what is known as a “spillover event” — where the disease jumps from animals to humans then spreads among people.

Researchers at the University of Cambridge used several independent data sets from the last major outbreak, in West Africa in 2013-2016, to simulate thousands of outbreaks.

They calculated how often on average a spillover event could be expected to fizzle out before gripping the population, versus how often a true outbreak was likely.

The results consistently showed that only 1 in 2 Ebola outbreaks were likely to be detected.

Further, the probability of an individual health worker detecting an isolated Ebola case was less than 10 percent.

“Knowing how often spillover occurs is an important step to help to understand when and why it occurs,” Emma Glennon, from Cambridge’s Department of Veterinary Medicine, told AFP.

“We have to understand the process of spillover if we want to prevent outbreaks from starting in the first place.”

The latest outbreak, which began in the eastern Congolese provinces of North Kivu and Ituri in August, has seen more than 2,000 known cases. Around two-thirds were fatal.

On Thursday Uganda’s health ministry said a woman had succumbed to the disease, two days after the first fatality in the country from the current epidemic.

Glennon said the outbreaks of 2018-19 and 2013-16 may have been compounded by more frequent human movement, conflict, and a lack of effective diagnosis.

“Knowing that Ebola is rarely detected within the first few cases emphasizes the importance of having widely available infection control and diagnostic resources,” she said.