Russia welcomes US plans to reduce troop size in Afghanistan to 4,000
Read: 755 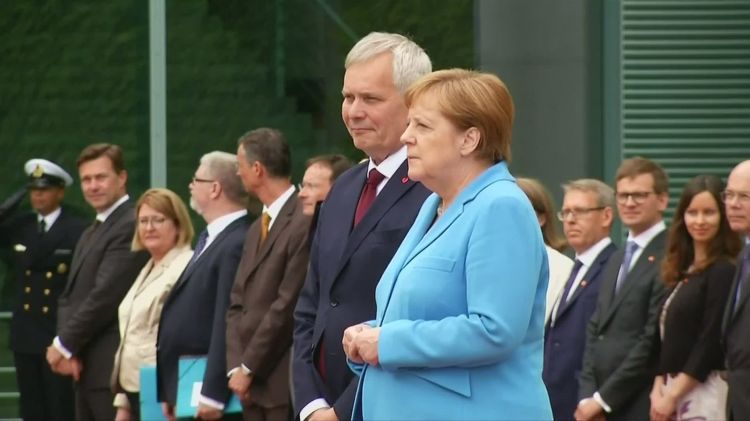 German Chancellor Angela Merkel has been seen shaking for a third time in a month, BBC reports.

Video footage shows Mrs Merkel trembling, shaking back and forth alongside Finland's prime minister during a ceremony in Berlin. The trembling lasted over a minute.

After the incident, Mrs Merkel said she was "very well" and there was "no need to worry".

A government spokesperson said she would continue meetings as planned.

Mrs Merkel, 64, was last seen trembling two weeks ago ahead of a trip to Japan for the G20 summit. She told journalists at the summit she was fine.

On Wednesday, the chancellor gripped her hands as she tried to control her shaking, standing alongside Prime Minister Antti Rinne.

According to Focus.de, the shaking affected her whole body.

She was first seen shaking last month during a welcome ceremony in Berlin for Ukrainian President Volodymyr Zelensky.

Her office has repeatedly dismissed concerns about her health.

Mrs Merkel is now in her fourth term as chancellor, a role she first began in November 2005. She has said she will leave politics when her current term ends in 2021.