Peace, prosperity and stability in Azerbaijan is significant for the true realization of international projects and UN 2030 Agenda - Qaiser Nawab
Read: 1059

The next video conference about "Wonder Woman" at "Azerbaijani Ladies Club - PHOTOS
Read: 602

British billionaire could purchase a 25% stake in the Russian low-cost airline, according to local media reports. 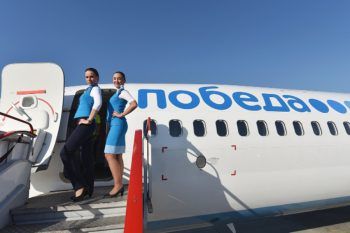 British serial entrepreneur Richard Branson is considering buying a 25% stake in Russian low-cost airline Pobeda, Eurasia Diary reports citing Moscow Times.
A source close to the billionaire, who owns the Virgin Group telecoms-to-travel conglomerate, told Russian news outlet Vesti the deal was being considered, but that it was too early to discuss specifics.
Pobeda is Europe’s fastest-growing low-cost airline and is fully owned by Russian state carrier Aeroflot. Over the summer, the head of Russia’s Federal Antimonopoly Service suggested that the government should spin-off Pobeda from Aeroflot and privatize the airline to boost competition in Russia’s aviation industry.
Aeroflot CEO Vitaly Savelyev responded to the idea by announcing that the company is considering an initial public offering (IPO) for 25% of Pobeda, which he said analysts valued at between $800 million and $1 billion.
Last year Pobeda flew 7.2 million passengers, with two-thirds of its flights operating on domestic routes between Russian cities. The airline accounts for just 11% of Aeroflot revenues, though pointing to its rapid expansion since launching in 2014, analysts at VTB Capital say it is set to grow to account for one-quarter of Aeroflot’s income within the next few years.
Branson, worth an estimated $3.9 billion, already has interests in a number of airline companies, including Virgin Atlantic, Virgin Australia and British regional airline Flybe, which will be rebranded as Virgin Connect next year.