Russia is challenging US and NATO with unique armaments of the Su-57 fighter
Read: 1301

'Information on use of Azerbaijan’s airspace by aircrafts, delivered air strikes on Iran, is lie' - Azerbaijani MoD
Read: 405 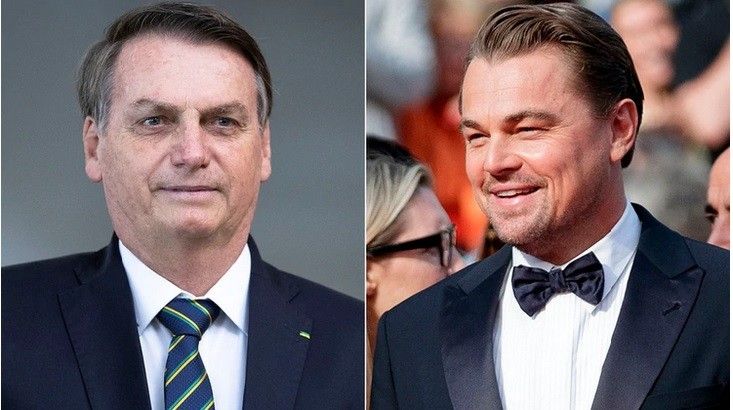 Brazil's President blamed an unusual candidate this week as a cause of the Amazon forest fires: actor and environmentalist Leonardo DiCaprio, Eurasia Diary reports citing CNN.

President Jair Bolsonaro made the claim Thursday on a webcast, arguing that nongovernmental organizations (NGOs) contributed to the forest fires that ravaged the Amazon rainforest earlier this year.

"The NGO people, what did they do? What's easier? Set fire to the bush," he said, providing no evidence to support the accusation.

He continued, "Take photo, film, send it to an NGO, the NGO spreads it out, does a campaign against Brazil, gets in touch with Leonardo DiCaprio and Leonardo DiCaprio donates $500,000 to this NGO. One part went to the people who were setting the fire, right?

"Leonardo DiCaprio, you are assisting with the burning of the Amazon, that can't be," Bolsonaro said.

The Brazilian president doubled down on his claims Friday, talking to supporters outside the Presidential Palace in Brasília.

"Leonardo DiCaprio is a great guy, isn't he? Donating money to set the Amazon on fire," he said.

DiCaprio responded to the claims Saturday on Instagram, refuting Bolsonaro's accusations while maintaining his support to the Brazilian people working to save the forest.

"The future of these irreplaceable ecosystems is at stake and I am proud to stand with the groups protecting them," he wrote. "While worthy of support, we did not fund the organizations targeted."