Is that you, Elon Moscow? - Cybertruck ‘copy’ spotted in Russia | Eurasia Diary - ednews.net

Is that you, Elon Moscow? - Cybertruck ‘copy’ spotted in Russia 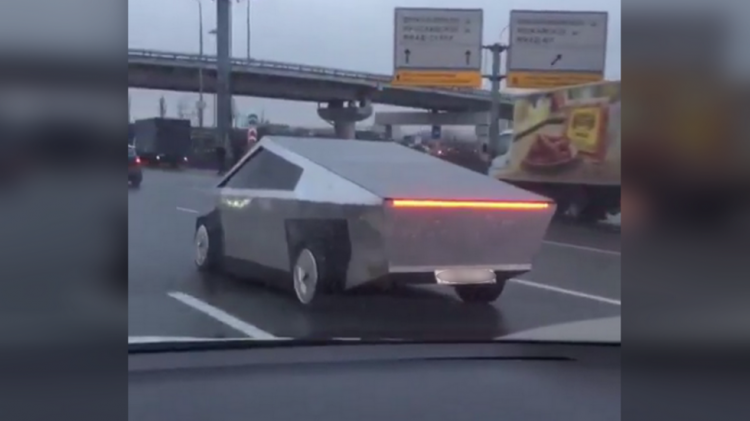 While Tesla’s fancy Cybertruck is currently available in the US on pre-order, at least one bootleg “copy” of it has already hit the road in Russia, and it might even be more advanced, Eurasia Diary reports citing

The vehicle has Kaluga region license plate, which suggests it was able to travel some 200km (124 miles) to the outskirts of Moscow without falling apart and without getting seized by traffic police.

In fact, the Russian variant, which appears to be homemade, looks even more advanced than the original. It lacks any visible doors or other openings. Perhaps its driver is able to just fuse into it like a liquid-metal Terminator.

It remains unclear whether the Russian ‘Cybertruck’ is an electric vehicle. While it probably has a conventional combustion engine, it lacks any visible exhaust, thus it might have even a more advanced propulsion system – like a squirrel wheel or a 4x4 pedal drive – than its US counterpart.

It is also unknown whether the vehicle is armored, but it’s windows are likely to be just as sturdy as those in the original.