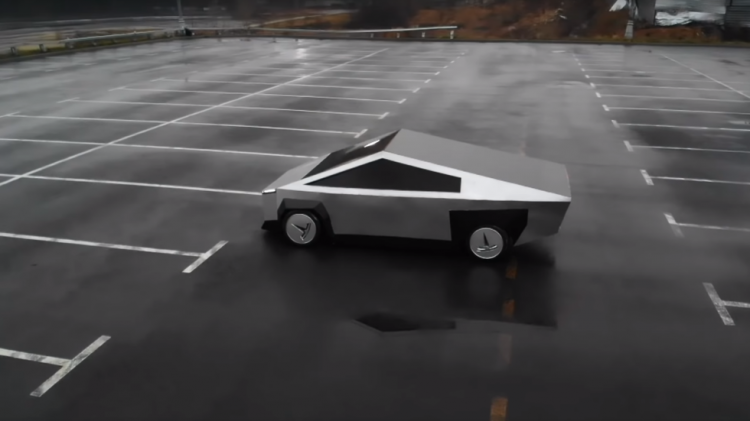 The elusive handmade ‘copy’ of Tesla Cybertruck that has been spotted outside Moscow is now up for sale in Russia. Unlike the fancy original, it has a very modest price tag of $10,000 – but is it actually worth it? The vehicle, somewhat resembling Elon Musk’s latest contraption, was put up for sale by its creators after the car was first spotted driving outside Russia’s capital last week, causing enormous stir on Russian social media, Eurasia Diary reports citing Russia Today.

The unique vehicle already propelled Tesla stocks to over $420, and its futuristic forms, 1-door hatchback design, custom wheels and fully tinted panoramic plastic windows are sure to leave innocent onlookers in shock and awe, the owners joke.

The Russian ‘Cybertruck’ was created by the team of Pushka Garazh YouTubers, who focus on low-budged garage ‘tuning’ of shabby Russian cars using cheap materials and lots of handiwork.

The ‘Cybertruck’ is in fact a LADA 2109 hatchback, plastered with sheet metal. The video of its creation has revealed the main mystery of the bootleg car, that seemingly has no visible doors. Turns out it has a single large hatch in the rear, that not only provides the only way in, but gives access to the car’s cargo hold.

The cheeky creators of the car listed its production year as 2019 – which might be true for the ‘Cybertruck,’ but is still misleading, since the production of LADA 2109s ended in the early 2000s. The price tag for the vehicle appears to be way too high as well, as the entire project cost the team only 80,000 rubles (some $1,200) – yes, including the car itself.