Harsh response from President Aliyev - Armenians should find other places on earth for self-determination - VIDEO
Read: 422

Azerbaijan Defense Minister - “The troops should conduct exercises and training in the daytime and at night, in conditions close to real combat”
Read: 346 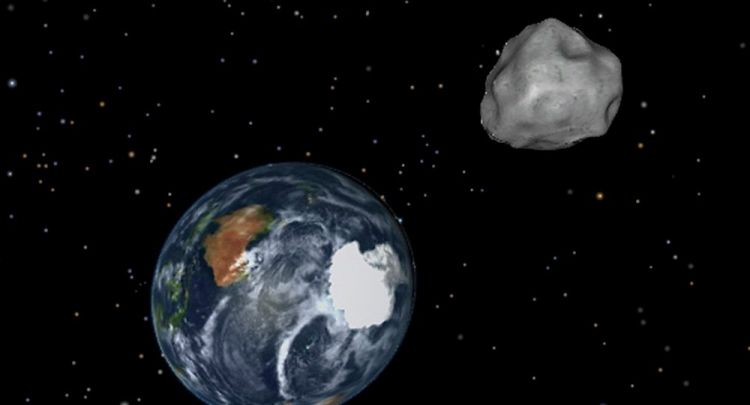 The so-called near-Earth object, which is expected to approach our planet on 15 February, is about one kilometre across. A space rock of this size is thought to be able to kill millions in the area of the strike and trigger a catastrophe on a global scale.

The National Aeronautics and Space Administration is watching asteroid 2002 PZ39, rushing towards Earth at speeds of more than 57,240km/h and deemed potentially catastrophic, the Daily Express reports, citing NASA. The space rock, which is estimated to be between 440 m and 990 m wide, is to make a "close approach" to our planet at around 11:05 a.m. GMT on 15 February.

The impact of an asteroid of this size would have catastrophic consequences not only for the area it hits but for the whole planet.

The giant, which belongs to the category of so-called near-Earth objects, monitored by scientists as potentially hazardous, is expected to pass by our planet at a distance of about 0.03860 astronomical units, or 5.77 million kilometres (one unit equals 149.6 million km).

A single astronomical unit describes the distance from our planet to the Sun – about 93 million miles (149.6 million km). Although this seems to be a safe gap, the consequences of such a space rock hitting our planet could be devastating, according to NASA, so it remains alert.

“Since their orbital paths often cross that of the Earth, collisions with near-Earth objects have occurred in the past and we should remain alert to the possibility of future close Earth approaches. It seems prudent to mount efforts to discover and study these objects, to characterise their sizes, compositions and structures and to keep an eye upon their future trajectories”, NASA said.

After, hopefully, passing by Earth, 2002 PZ39 will continue its trip across the Solar System and head towards Venus, which the asteroid is measured to approach on 14 June 2034. However, it is still early for us to heave a sigh of relief as on 25 August that year, the space rock will pass by Earth again.

The potential danger of these NEOs was brought up in a special 2018 White House report as the National Near-Earth Object Preparedness Strategy and Action Plan warned that objects, which are 1 kilometre wide “can cause damage on a global scale”.

“They can trigger earthquakes, tsunamis, and other secondary effects that extend far beyond the immediate impact area. An asteroid as large as 10 kilometres across is thought to have caused the extinction of the dinosaurs when it struck the Yucatan Peninsula some 65 million years ago”, it said.