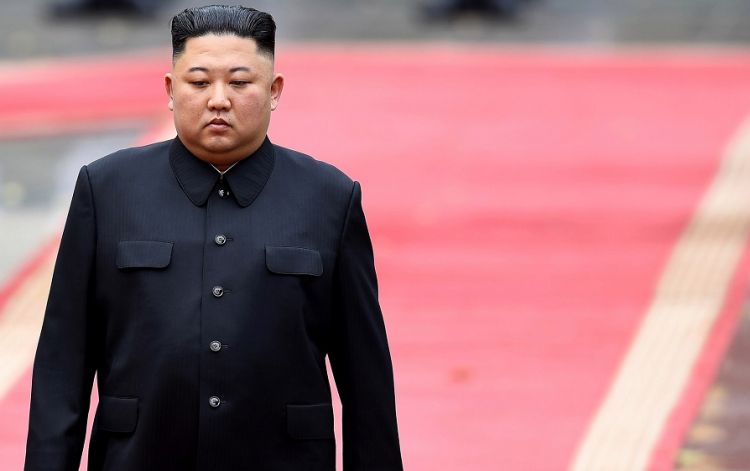 Kim was last seen at a ribbon cutting ceremony for a fertilizer factory in Sunchon, South Pyongan Province, on May 1, which marked his first public reappearance in three weeks.

In mid-April, the dictator disappeared from the public eye for weeks, even failing to attend ceremonies marking the birth of his grandfather and the regime’s founder Kim Il Sung, the most important holiday for the country.

The young Kim's disappearance sparked wild speculation around the globe about his health, triggered by one South Korean outlet’s report that he was recovering from cardiovascular surgery. CNN subsequently ran a report suggesting the leader was in “grave danger,” followed by a litany of speculation from various media with allegations that ranged from sickness to death.

Those conjectures were dismissed with Kim’s appearance on May 1 — during which he appeared visibly healthy — but the event has once again been followed by weeks of silence from the dictator.

One South Korean government official acknowledged the situation was unusual.

“When Kim appears after periods of silence, he usually resumes a flurry of activities,” the official said. “But this time he has once again stopped public activities after showing that he was alright.”

South Korean authorities believe Kim is staying at a special villa in Wonsan, Kangwon Province, that has become his preferential seat of government in recent years.

An article from the Rodong Sinmun — the regime’s leading state-run newspaper — from Monday stressed Kim’s love for Kangwon Province, which it characterized as occupying “the first place in the leader’s heart.”

From Wonsan, Kim is believed to be conducting regular field guidance tours — the most characteristic of public activities carried out by North Korean leaders — around the country via train or car.

Intelligence from the North suggests the dictator takes a special train when traveling, which also carries with it his automobiles that transport him from train stations to special locales so as to maintain secrecy.

“The Wonsan villa has communication and reporting systems comparable to that in Pyongyang, so it is possible [for Kim] to rule from either location,” said the official in Seoul.

Accompanying him in Wonsan are close confidantes like his younger sister Kim Yo-jong and Vice Director of the Organization and Guidance Department Jo Yong-won.

The daily slog of encouraging workers and giving instructions at workplaces has been left up to technocrats in the government, like State Affairs Commission Vice Chairman Pak Pong-ju or Premier Kim Jae-ryong.

The reasons for Kim Jong-un’s reclusiveness may be attributed to Covid-19 as well as an intention to promote the regime’s political stability, experts say.

From Wonsan, Kim may be deliberating the course of his so-called “breakthrough” policies to overcome the country’s persistent economic difficulties.