"If I criticize the ruling political regime of Armenia, then there are the reasons to do so" - Oleg Kuznetsov – EXCLUSIVE | Eurasia Diary - ednews.net

Unknown fighter jets tried to attack the Russian air base in Syria
Read: 916

After returning from Khojaly, I started drinking... - British journalist: We sympathized with the Armenians
Read: 341

"If I criticize the ruling political regime of Armenia, then there are the reasons to do so" - Oleg Kuznetsov – EXCLUSIVE 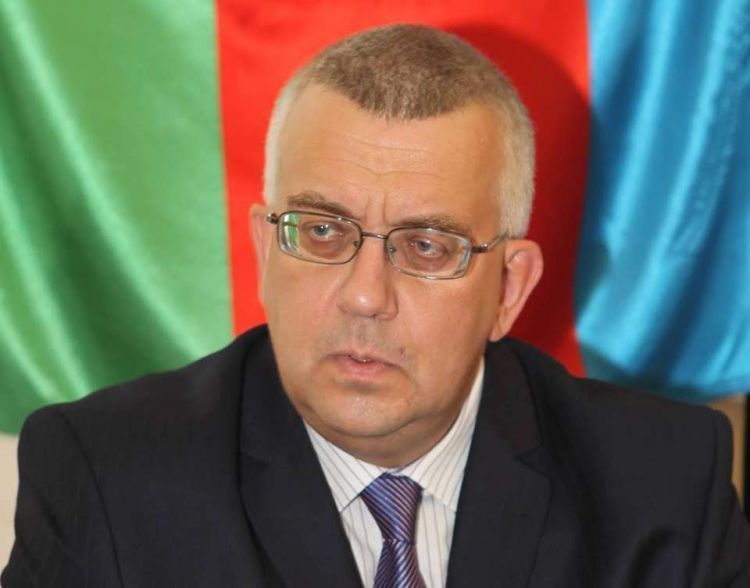 "Ruben Kirakosyan,  Moscow-based Armenian lawyer who is well-known  for his scandals, has secondly failed  to prosecute the  Russian historian Oleg Kuznetsov to criminal responsibility" Eurasia Diary reports.
Ruben Kirakosyan became a well-known figure for a wide audience this year in August when he  appealed to the Investigative Committee of Russia to prosecute  Oleg Kuznetsov to criminal activity for his scientific monograph “The history of transnational Armenian terrorism in the twentieth century”.
However, on October 4, Andrey Berlev, investigator for particularly important cases at the Investigative Committee of Russia, responsible for the Western Administrative Okrug, issued an order for dismissal of proceedings on the grounds of the results of psycho-linguistic expertise, because neither the content of the book nor the actions of Kuznetsov were criminal.
For more information about the second lawsuit  against Oleg Kuznetsov and about another refusal to prosecute him to criminal activity, Eurasia Diary interviewed Oleg Yurievich himself.
-Oleg Yuryevich, Congratulations on the second refusal to prosecute you to criminal activity. What was the reason of this claim? We would like to inform our readers about it.
- This time it was connected with my publications and interviews in the press of Azerbaijan, as if they are now stirring up ethnic strife in Russia. The investigation collected the publications mentioned in the application, by the way, there are, among other things, my interviews to your portal, and sent them to the Moscow Research Center of the Ministry of Justice of Russia for a comprehensive psychological and linguistic examination to see if there are any calls in my words to violence, humiliation of the dignity of a nation, and etc.. This time the specialists worked with the texts for not a month, but for only three weeks, after what they said that I was absolutely law-abiding person. I do not sow discord among the people, but if I criticize the ruling political regime of Armenia, then there are the reasons to do so. It's not a secret for anyone in the world that the political elite of this country consists of the former commanders from illegal armed formations of Armenian separatists of Nagorno-Karabakh, and from the point of view of the norms of Russian law -international terrorists.
-  Does one person act against you or they are different people united by the Armenian lobby?
- Two people are against me – the lawyer Ruben Kirakosyan and a former military investigator-now acting as a lawyer, Karen Nersesyan. I can’t call them as Armenian lobby because they’re trying to realize their interests rather than the interests of the Armenian people. Ruben Kirakosyan always referred himself as a president of the Armenian-Russian Lawyers Association. In the name of Armenian organizations in Russia, the word “unity” is used often. In Armenian translation, "unity" means "Dashnaksutun" and as it is known, "Dashnaktsutyun" is an Armenian political party with a terrorist ideology, so this is the why they use this word.
- What do they want to achieve?
- Their main purpose is to prevent my criticisms  being delivered to people, which hinders their policies. Also, they asked the Study Committee to examine my monograph "History of Eastern Europe in the mid-XVI century". This monograph is about turning the modern Ukrainian history to mythical and, according to Armenians, my next monograph expects the same fate as Armenian history. The Armenians' policy is simple. They aim to find fault in the opposite side and exaggerate the defect in the media. In the Ottoman Empire, the so-called “Armenian genocide” was fabricated according to that scheme.
- In addition to the statements, what pressure can they use against you ?
- I expect everything from them, and therefore I try to be careful on the territory of Russia. However, I can say with certainty that the Armenian lobby can’t dare to buy me.
- Do you think that you are going to file a lawsuit against them?
-  Recently, I am going to visit Brussels and  take part at the international conference "Combating Separatism". I am planning to present a monograph titled "History of Transnational Armenian Terrorism in the 20th Century".
Also, I intend to shoot a documentary entitled "The Lawyers of Armenian Terrorism". The bad thing is that there is not enough supplies for this.