daily news
China locks down city at centre of virus outbreak
Spitzer telescope to be decommssioned after 16 years - VIDEO
The next mega disasters that could happen at any moment - and kill us all - VIDEO
Azerbaijan gets 85% rise in wind power production
Russia's TOR-M1 missile system could detect any air attack - VIDEO
Hungary interested in buying natural gas from Turkmenistan
Iran will never seek nuclear arms, with or without nuclear deal - Rouhani
How a Russian introduced bodybuilding to the masses
﻿

The new Russian Su-34 will be able to detect and shoot down invisible targets - VIDEO
Read: 1259

Putin - 'We see how an array of Western countries are resorting to pressure, intimidation and blackmail of sovereign African governments'
Read: 1142 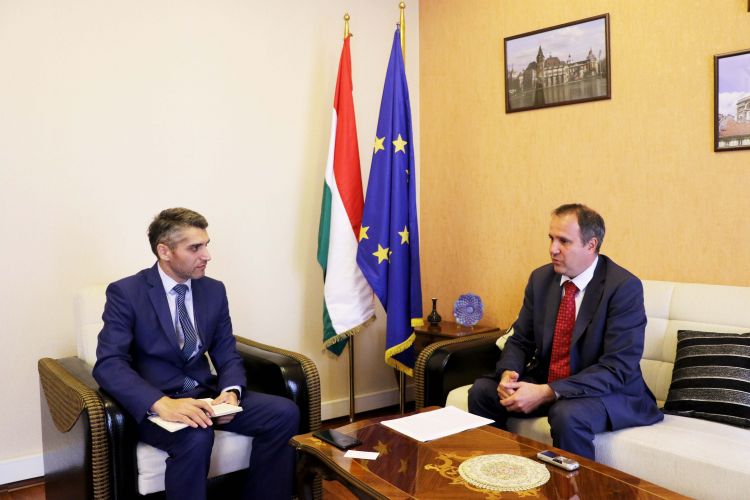 Azerbaijan and Hungary have always had better diplomatic relations since the independence in 1991. It is no accident that Hungary has always supported Azerbaijan and has been one of the countries that recognised independence of the country after the collapse of the Soviet Union. As a matter of fact, Hungary and Azerbaijan have unique historical and cultural values that can go far back in history of Turks. This was also affirmed by the Ambassador of Hungary to Azerbaijan Republic Mr Viktor Szederkenyi during his exclusive interview to Eurasia Diary.