The loss of the four young men is extremely sad and we share grief of their families – British journalist
Read: 2413 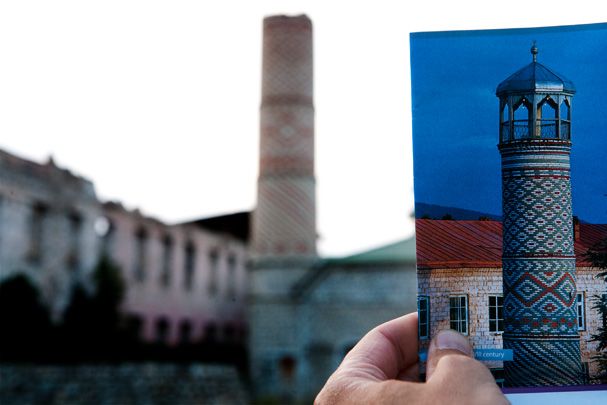 Azerbaijani people have multitude of historical and cultural areas in Nagorno-Karabakh, which is officially recognized territory of the Republic of Azerbaijan. Shusha is one of the regions in Karabakh.  The city of Shusha, where most population were Azerbaijani nationals until war. When the occupation of Karabakh by Armenians took place, the ancient monuments and prominent cultural and art centres along with its beautiful nature left behind under the Armenian control. It was founded in the eighteenth century by Karabakh Khanate, and subsequently it became main political and economic centre of the Karabakh region.

In addition, the number of well-known Azerbaijani musicians, composers, artists and scholars born and grew up in Shusha. In Soviet period, Shusha was the city that played most significant role in demonstrating rich culture of Azerbaijan all over the world.

Unfortunately, Shusha was occupied by Armenian armed forces during Karabakh war right 28 years ago.  As a result of the occupation, 195 Azerbaijani citizens were killed, 165 were injured, 552 infants lost their parents, and more than 20,000 people were displaced. All historical and cultural sites in Shusha, such as the palaces of Karabakh Khanate, mosques, temples, tombs, theaters, museums, schools and libraries were completely obliterated by Armenian aggressors.

Irish historian Patrick Walsh shared his views with EDNews.net regarding Armenian aggression against heritage of Azerbaijani people in Karabakh.

- 28 years ago, on 8 May 1992, Armenian armed forces occupied Shusha, the historical city of Azerbaijan in Nagorno-Karabakh. As a result of occupation, the whole city became victim of Armenian vandalism. All Azerbaijan heritage in Shusha, such as monuments, mosques, cultural centers, theaters, museums, schools and libraries, were destroyed and looted by Armenian troops. How would you assess this vandalism by Armenian military forces?

- There is no good reason to destroy buildings and cultural artefacts when territory is occupied. The Ottoman Turks captured Constantinople in 1453 and the Hagia Sofia still stands there, well preserved, as do other Christian churches in Pera. The Armenian Church still stands in the center of Baku even though there are few Armenians live in the city. Only societies which have irrational fear about other cultures engage in such actions. Of course, the other message that is sent out is that Armenians do not want to see people with other cultures than themselves in their society. They want a homogenous population with no tolerance of any diversity in humankind. That is the mark of a sick society that really is going nowhere.

- The destruction of historical heritage of Azerbaijani people in the occupied territories by Armenians is a central part of cultural genocide. However, Armenians have also resorted to falsifying historical monuments of Azerbaijan. What can you say about Armenian falsification in Karabakh?

- Well, again, this is about the wiping out of historic memory and must be condemned. Karabakh for most of its history was a shared space enriched by different cultures. Perhaps some would disagree with me on this but I would hope that when Karabakh returns to the state of Azerbaijan the Armenian cultural monuments remain with the Armenians who live there. Some monuments can be unacceptable to people if they emphasize power relations over societies, like the colonial monuments found in many parts of the world, or those relating to Soviet domination. But cultural monuments should always be preserved, and it is a sign of a mature and tolerant society if they are.

- How should we reach information to the attention of the world regarding hideous works of Armenian separatists against our culture in Karabakh?

- It is imperative to produce publications showing the former landscape and detailing the destruction done. Pictures are important in framing memory and also bringing to the world’s attention cultural vandalism. The world has seen ISIS doing this sort of thing and the fact that the Armenians are engaged in the same activities will hardly endear them to civilized people. Pictures will be very important come the time when these buildings can be reconstructed or restored to their former glory.