American expert: - The US cares nothing for Venezuelan people, instead it inflict much pain and suffering on them | Eurasia Diary - ednews.net

The loss of the four young men is extremely sad and we share grief of their families – British journalist
Read: 2423

American expert: - The US cares nothing for Venezuelan people, instead it inflict much pain and suffering on them 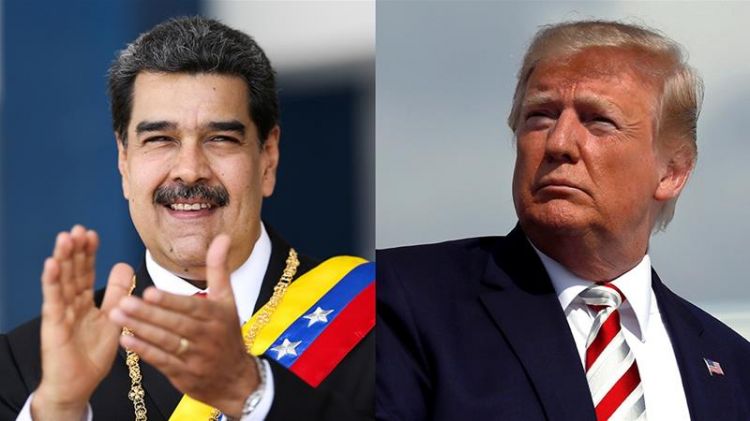 On 6 May, the planned coup against President Nicolas Maduro in Venezuela was eliminated by the security forces of the country.  A number of people involved in the coup, including two American citizens were arrested.

Maduro government stated that the members of failed coup serving for destabilizing and hardening situation in the country have been assisted by the intelligence service of the United States. It is worth to note that President Maduro has often accused US President Donald Trump of trying to invade the country and overthrow him.

American expert Dennis Etler shared his views with EDNews.net concerning failed coup in Venezuela. In his speaking to our portal, he condemned the interventionist policy of the United States in Latin America.

Dennis Etler is an expert on Chinese Studies. Mr Etler holds a doctorate in anthropology from the University of California, Berkley. He conducted archaeological and anthropological research in China throughout the 1980s and 1990s and taught at the college and university level for over 35 years

- What is behind the failed coup supported by the intelligence service of the US against the Maduro government in Venezuela?

- The failed coup, by a bunch of CIA backed two-bit mercenaries, is laughable, but it reflects the desperate measures the US will employ in order to reassert control over Venezuela.

The US has attempted to destabilize the socialist government of Venezuela by every means possible. They've pulled out all the stops in that effort, from inciting a US-sponsored color revolution, to support for Quislings in the government like opposition leader Guaido, to economic embargoes and sanctions, all to no avail. President Maduro has withstood all these machinations of US imperialism and still commands the support of the Venezuelan people who will never abandon their Bolivarian revolution.

The US cares nothing for the Venezuelan people and will inflict as much pain and suffering on them as it deems necessary to impose its imperialist control of their economy and oil resources. But like the heroic people of Cuba, Iran, and the Democratic Republic of Korea, who have withstood decades of US aggression, the Venezuelan people have demonstrated that they will stand firm, no matter what adversity the US imposes on them.

- From your view, why the United States keeps its eyes on Venezuelan soil?

The greatest challenge to the hold of US imperialism occurred in the 1990s and 2000s with the triumph of the Bolivarian Revolution led by Hugo Chavez in Venezuela. It inspired people throughout Latin America to emulate the Venezuelan example. Left-wing populists gained control of one Latin American country after another, in Bolivia, Ecuador Argentina, and Brazil. The US has used every trick in its arsenal to push back and reassert control, with successful reversals in all the aforementioned countries other than Venezuela. Venezuela has hence become a thorn in America's side that it cannot seem to remove. It will, however, stop at nothing to try and defeat the Bolivarian revolution and reassert its control over Venezuela's oil resources in order to quell any further resistance to its imperialist hegemony over the region.

- How do you assess the role of Russia in the protection of the security of Venezuela?

- The support of both Russia and China has been instrumental for the survival of Venezuela as an independent and sovereign nation. Both of them struggle to defend Venezuelan independence from US imperialism, which is a crucial part of the global anti-imperialist united front that seeks to counter US attempts imposing its hegemonic rule throughout the world. The continued economic and military support of Venezuela by China and Russia respectively will help ensure the continued success of the Venezuelan people in forging their own destiny.