What Armenians are doing in Nagorno-Karabakh is contrary to International Law - Expert | Eurasia Diary - ednews.net

Apophis meteor will gently pass by Earth tonight - experts warn it could collide with our planet in future
Read: 3812

Since the start of war on 27 September, Armenian Armed Forces have shelled the civilian settlements in Ganja and other cities of Azerbaijan far from the conflict zone with artillery, cluster bombs and rockets, as they have lost in battles in the front to Azerbaijani army. A number of experts stated that the targeting of the innocent civilians living in the non-conflict zones is a blatant violation of the norms of International Law and Geneva Conventions.

Eurasia Diary portal conducted an interview with Martin Pizzi, a specialist on international relations in Argentina, about Armenian aggression against Azerbaijan and Nagorno-Karabakh conflict 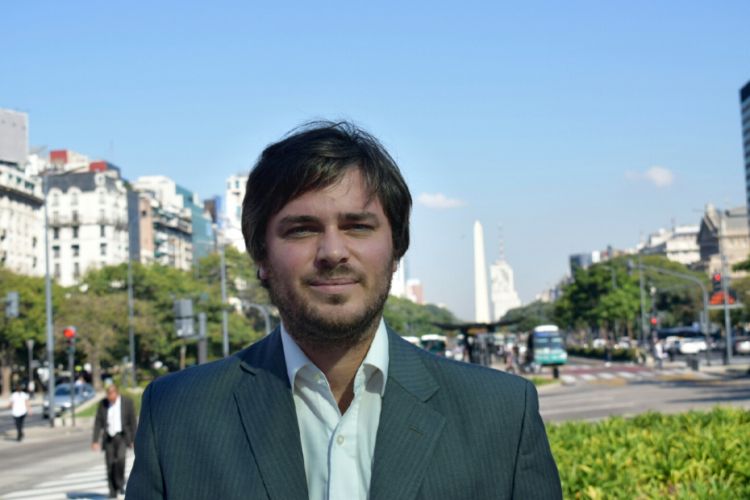 - Mr Martin: Armenian Armed Forces, before and after the agreed ceasefire, had launched missile attacks on the residential settlements in Ganja and other cities of Azerbaijan. As a result of Armenia’s acts of terrorism, 43 persons died and over 218 injured, and over 1000 apartments and properties damaged.  First of all, we wish your opinion about Armenia’s aggression against the innocent civilians of Azerbaijan.

- Regarding the attacks by military forces against civilian targets on Azerbaijani territory, I believe that the international community has not been as strong in condemning these attacks by Armenian military forces, and despite the fact that they are in violation of international norms. I also believe that the press has not been very fair in giving an equal share of attention to these attacks. If they occurred in a Western country, it generated a very high chain of solidarity and media coverage.

The expectation is that those responsible for these decisions to launch missiles to kill innocent lives should be brought before an international criminal court. I cannot imagine that they would have the impunity of not responding to these crimes. Justice is slow, but it is coming. Article 8 of the Rome Statute, which establishes the International Criminal Court, criminalizes "anyone who willfully directs attacks against civilian objects, that is, against non-military targets. And that is what has happened.

- In your opinion, how should the international community react to Armenian terrorism?

- Political leaders in the West know what is going on in Nagorno-Karabakh, but they clearly avoid making pronouncements and getting involved. We know that the pandemic is a particular situation, and everyone is running after big emergencies to solve. But they cannot ignore what is happening.

- Resolutions adopted by the UN Security Council and General Assembly, as well as decisions by other international organizations, support the sovereignty and the territorial integrity of the Republic of Azerbaijan. Unfortunately, we have witnessed the biased news and disinformation circulating in international media agencies about Karabakh war, and at the same time we have heard unfair statements from the high officials of the western countries that express solidarity with Armenian occupation and aggression. What main reasons are led up to the strengthening Armenian disinformation and propaganda?

- There are two ways to look at what is happening in Nagorno-Karabakh, in the problem that Armenia and Azerbaijan have. One is the emotional one, which leads us to take sympathy for one of the parties. Many times, it is the weakest part, or the one we think is the weakest. Another possible approach is the socio-cultural one: we feel sympathy for those who seem to us to be closer, more nearby.

The other way is the rational and analytical one: it is the one that adjusts to the International Law. International Law is the magnifying glass with which conflicts between states should be observed.  But the background is not known, much less the norms of international law, which can be complex to study and sometimes hard to explain for those who are not specialists, due to the complexity of legal language. But, always speaking in legal terms, Armenia illegally occupies 20% of the territory of Azerbaijan.

As a result, there is great confusion because many think that Armenia is in a right but is responsible for an aggression and occupation: the jurisprudence is very clear on this matter. And now, of an indiscriminate attack on the civilian population of a neighbouring state.

In Nagorno-Karabakh, there have been several situations contrary to international law: the act of aggression against a sovereign state, the attack by armed forces on civilian targets, the murder and violent displacement of civilian populations and the establishment of an illegitimate government. Annexation, as a form of acquisition of territory, is expressly forbidden.

-What would be a fair and just solution to the elimination of hostilities between Armenians and Azerbaijanis?

- These days events show that the status quo that Armenia has achieved and been trying to sustain for three decades, has already changed. The solution is the same as always, negotiation and a sincere agreement between the belligerents. But today the Armenian government, in the figure of Prime Minister Pashinian, shows itself in a hard position: it declared that there is no room for diplomacy. These declarations have been made despite the fact that the evolution of the conflict, from a strictly military point of view, has been unfavorable to it, and one would expect that the hostilities will extend in time.