Russia aims to snatch Karabakh from Azerbaijan - Its dream model is like Abkhazia | Eurasia Diary - ednews.net 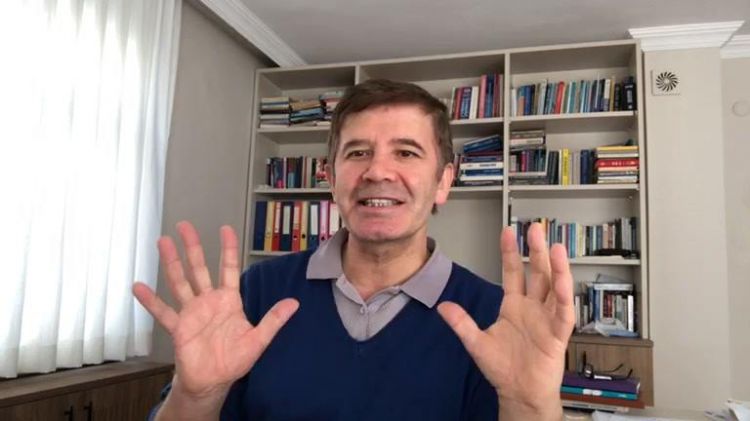 Today at 01:00 AM Baku time the separatist Armenian authority declared its defeat after 45 days of military attacks in Azerbaijan’s occupied lands. Immediately after raising the white flag the Armenian Prime Minister Nikol Pashinyan despairingly agreed to sign a document of ceasefire, which indicated the schedule of taking the military troops back from the rest of Armenian occupied territories.

However, some statutes in the agreement seemed to give further privilege to Russia as a peacekeeper in the region.

Karabag war was ended with the defeat of Armenia, and Russia is going to have a control on the armistice between the two states for 5 years. As a state that Russia continuously provided arms to Armenia, how safe is this for the Azerbaijani side?

The clashes on the ceasefire border in Nagorno-Karabakh started on September 27, 2020, with the attack of the Armenian forces. I do not believe that Armenia, which has difficulties even controlling the occupied regions, carried out this attack by its own decision. This attack started with the provocation of the Russians, who were among the Armenian forces. In other words, according to my assessment, Russia launched the attacks on the ceasefire border. Its aim is to overthrow the pro-Western prime minister of Armenia, Nikol Pashinyan on the one hand and on the other hand to increase the influence of Russia on Azerbaijan. Russia has generally taken an attitude towards the end of the occupation completely or partially. As a result of Azerbaijan's response to the Armenian attacks, it was aimed to evacuate all or part of the occupied territories. Another aim of Russia was to give status to the Nagorno-Karabakh region, which is the legacy of the Soviet model state structure.

According to the agreement, it is understood that Russia's military presence in Nagorno-Karabakh will continue for five years. Essentially, the aim is to strengthen Russian dominance over the region. Russia does not want to lose its influence in any of the Transcaucasian countries. It does not want the conflicts of the countries in this geography to be resolved. We saw what Russia was doing in South Ossetia and Abkhazia. It severed these from the Tbilisi government. It plans to do the same in Nagorno-Karabakh. It is not possible for it to do so under the current circumstances. But it will want to do this in the future by increasing its sovereignty and influence over the region through the peace force. Therefore, Russia does not want the Nagorno-Karabakh conflict to be resolved. It depends on the continuation of the conflicts in order to appear as a main figure in the region. Its main purpose is to make the Nagorno-Karabakh region attain a structure similar to Trans-Dniester within the framework of self-determination. I don't think countries like France and the USA think differently on this issue.

President Aliyev emphasised in his recent speech that Turkey would definitely participate at the peace talks. What can Turkey achieve in these talks in terms of military control over the Karabakh and Nakhchivan corridor?

President Aliyev firmly wanted Turkey to have a driving role in the OSCE Minsk Group. Seeing Turkey at the table in particular this moment is very important for a fair and lasting peace. However, President Aliyev could not break Russia's stubbornness on this issue. If Turkish troops involved in peacekeeping it would increase the effect of the negotiation process for Azerbaijan’s favour. But there is an article in the agreement that only Russian soldiers will protect the corridor between Nagorno-Karabakh and Nakhichevan. This move is intended to limit Turkey’s impact on the region.

Turkey and Russia contradict in Syria and Libya issues. Similarly, Turkey supports different parties in the Crimea problem. Likewise, the situation is the same in the Nagorno-Karabakh issue. No matter how Russia expresses itself on this issue, it is on the side of Armenia. The military and economic survival of Armenia in the present day is entirely possible with Russian support. Russia will further strengthen its influence on Armenia after the ceasefire. I believe that Pashinyan will be overthrown soon. He will probably be replaced by a pro-Russian prime minister. Turkey is aware of all things that happen over here. It aims to provide maximum support to Azerbaijan without entering into a direct conflict with Russia.

Finally how beneficial do you think this negotiation could be for Azerbaijan?

I would very much like Turkey to have a leading role in this negotiation process towards the solution of this conflict. But unfortunately, as mentioned earlier, for some reasons or another, Turkey is limited to be fully involved in this issue and therefore this is not going to be possible for now. However, this is also not to say Russia is the only country which owns authority over Transcaucasia. We see that Turkey also has an increasing and strong influence over all developments in the region as well as on Georgia. Particularly the Baku-Tbilisi-Ceyhan pipeline has been possible as a result of Turkey’s great attempt in 2005. Despite all its negativities, the agreement put an end to 28 years of occupation in many regions. In this respect, I congratulate the Azerbaijani army. The Turkish people wholeheartedly support such a heroic struggle.