Majority of Europeans 'expect end of EU within 20 years' 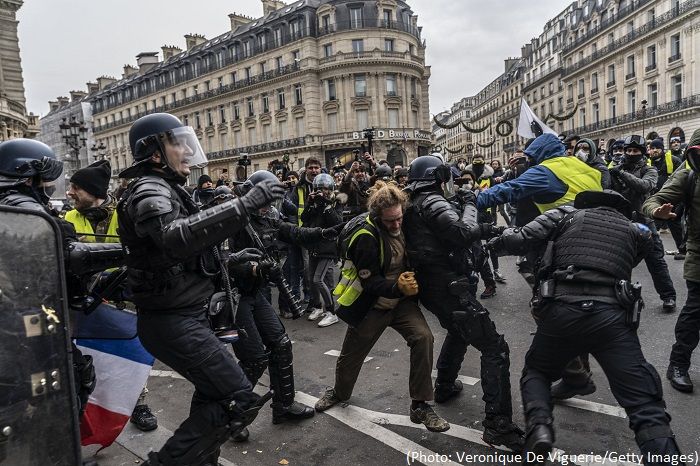 Three in 10 think conflict among EU countries is a realistic possibility, survey finds.

More than half of Europeans believe the EU is likely to collapse within a generation, despite support for the bloc hitting heights not recorded in more than a quarter of a century.

In France, Germany, Italy, the Netherlands, Austria, Slovakia, Romania, Greece, the Czech Republic and Poland, a majority of people surveyed thought EU disintegration was a “realistic possibility” in the next 10 to 20 years.

According to the survey, commissioned by the European Council on Foreign Relations (ECFR) thinktank, 58% of people in France believe the EU is very likely or fairly likely to fall apart within 20 years, second only to Slovakia (66%).

Of the 14 countries polled by YouGov – constituting more than 70% of the seats of the European parliament – it was only in Sweden (44%), Denmark (41%) and Spain (40%) that the proportion predicting implosion dipped below a majority.

As many as a third of voters in France and Poland said they believed a war could be possible.

That sentiment was notably strong among people planning to abstain or vote for extremists next week. Nearly half (46%) of supporters of RN and 41% of supporters of Alternative für Deutschland (AfD) in Germany held this view.