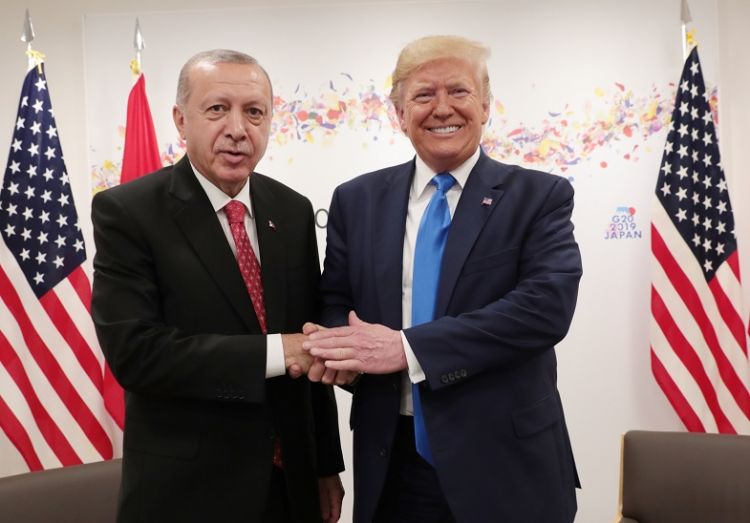 U.S. President Donald Trump said Saturday that Turkey “was not allowed to buy Patriot missiles by the Obama administration” and his administration is looking at different solutions regarding its purchase of Russia’s S-400 missiles.

"Turkey is a NATO member and was not treated fairly," Trump said in a joint presser with Turkish President Recep Tayyip Erdogan, referring to the Obama administration's reluctance to sell Patriots to Turkey in 2013, Anadolu Agency reports.

Asked about possible sanctions against Turkey, Trump said “we are looking at it, but it’s a two-way street”.

“They wouldn’t let him buy the missile he wanted to buy, which was the Patriot,” Trump said on Saturday in a meeting with Erdogan on the sidelines of the Group of 20 summit in Osaka, Japan. “You have to treat people fairly. And I don’t think he was treated fairly.”

Erdogan said earlier at a meeting with Russian President Vladimir Putin that there is no setback to the agreement on delivery of the S-400, Bloomberg reports.

“I believe the eyes have turned to the delivery process and there is no disruption on our agreement on that front,’’ Erdogan said. “For us the priority is to move it forward with joint production and technology transfer.’’

Trump also said he will visit Turkey this year. Asked if it will be in July, he said the date is not set yet.