As Ursula Von der Leyen seeks to win over EU lawmakers, she said she will make Europe the "first climate-neutral continent." She also pledged to have more female EU commissioners and to extend the Brexit date 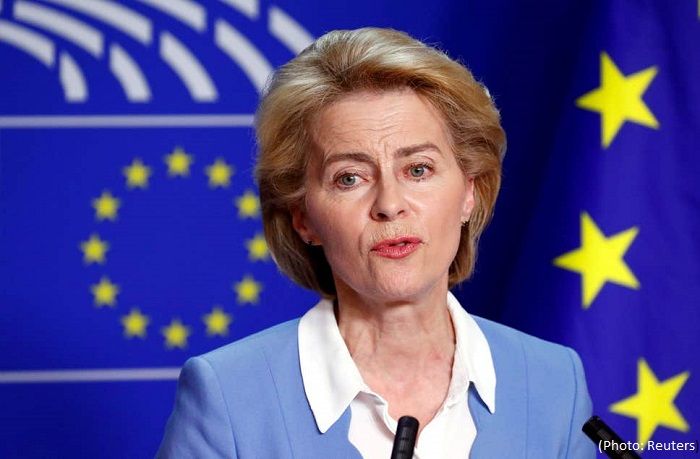 Germany's Ursula von der Leyen on Tuesday pledged to address climate change, as she attempted to win support in her final speech to the European Parliament before it votes on her nomination for president of the European Commission, according to Deutsche Welle.

"Our most pressing challenge is keeping our planet healthy," von der Leyen told EU lawmakers, adding that she will propose legislation within her first 100 days to make Europe the "first climate neutral continent in the world by 2050."

The way Von der Leyen was nominated has caused controversy among some parties and has resulted in a coalition of Green, euroskeptic and left-wing MEPs refusing to vote for her on principle.

Green parties made their strongest ever showing in European elections earlier this year and Von der Leyen is still hoping to win them over.

European representatives from Germany's center-left Social Democrats (SPD) have also threatened to give their votes to someone else.

'Emissions must have a price'

Von der Leyen said all sectors would have to contribute, "from aviation to maritime transport to the way each and every one of us travels and lives, emissions must have a price that changes our behavior."

She said there would be a "just transition fund" to support economies were not as advanced.

"Not all about regions have the same starting point but we all share the same destination," Von der Leyen said. "This is why I will propose a just transition fund to support those most affected. This is the European way, we are ambitious we leave nobody behind."

Von der Leyen announced Monday that she would step down from Angela Merkel's German government this week whatever happens in the vote.

Von der Leyen pledged to appoint a fully gender equal board of EU commissioners and to take action on violence against women.

Since the EU's executive was formed in 1958, just 35 of the 183 commissioners have been women, von der Leyen said. "We represent half of our population. We want our fair share," she added.

The conservative politician went on to say that violence against women is "not a women's issue" and pledged to include it in the list of crimes specified in the EU's treaty.

"If we close the gaps between us, we will emerge stronger as a union," she said.

Von der Leyen said she would grant another extension for the Brexit deadline if the UK needed it to assure an orderly withdrawal from the bloc.

The UK is due to leave the bloc on October 31, which is already a half-year delay from the original departure date.

Britain, however, has been wracked by internal division over the terms of departure agreed with the EU.

"I stand ready for a further extension of the withdrawal date should more time be required," she told EU lawmakers.