Hong Kong protesters back on streets after explosives discovery

For a seventh weekend, tens of thousands of people in Hong Kong are protesting and demanding more autonomy from China. Two more people have been arrested after an explosives find linked to a pro-independence group. 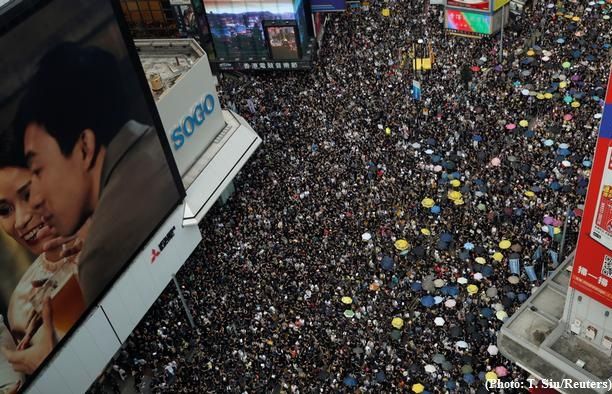 Yet another anti-government protest got underway in Hong Kong on Sunday, as a surge of public anger continues to rock the semi-autonomous Chinese territory, Detsche Welle reports.

In similar scenes to the last few weeks, tens of thousands of people rallied through the streets of the Asian financial hub, emboldened by their victory in forcing the government to suspend plans to extradite criminal suspects to China.

Protesters marched from Victoria Park in the bustling shopping district of Causeway Bay to the nearby Wan Chai area.

Later, they pressed past the designated end point, despite orders from police to disperse immediately.

They then occupied a major road next to the city's parliament, and a large crowd gathered outside the police headquarters.